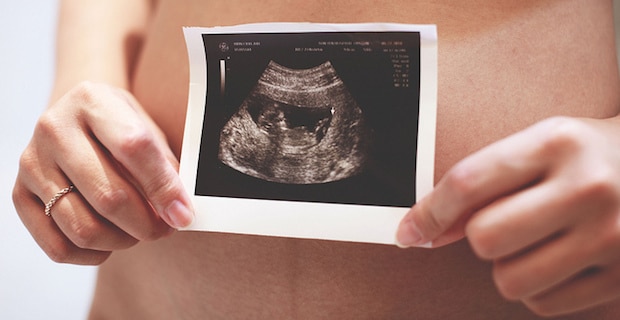 Most pregnant women think of their homes as their sanctuary, a place where they can rest and prepare for the arrival of their new baby. What many of these same women do not consider is that their sanctuary could be dangerous to their own health and to the health of their unborn child. Out of the 85,000 chemicals in the U.S. marketplace, only a small

fraction have ever been tested for their chronic impacts to human health, let alone prenatal health.

Avoiding contact with perilous chemicals is critical during pregnancy as many of them can easily pass through the placenta and umbilical cord and ultimately harm the baby. The health risk from these compounds is higher for fetuses as they are still developing their vital organs and tissues. If a pregnant woman is regularly exposed to hazardous substances, her child may be at a greater risk of developing learning disabilities, allergies, respiratory issues, birth defects, and even certain forms of cancer.

Since the average home in North America contains dozens if not hundreds of harmful chemicals and heavy metals, it is important to be informed about where these toxic elements may be hiding so you can remove and replace them quickly.

Here are 4 prenatal health dangers in the home to watch out for.

Many of the conventional products that we use to clean our homes contain harsh chemicals that often bear ominous warning signs on them. Because many of these chemicals can be inhaled or absorbed through the skin, they can easily enter the body and cause damage to the nervous system or vital organs – particularly those of a developing fetus.

Among the most common hazardous chemicals are monoethanolamine, which is linked to asthma, and glycol ethers which are linked to low birth weights and reduced fertility. In addition, almost all the fragrances that are added to these products to give your house that “clean” smell contain VOCs or phthalates, both of which are linked to health and reproductive issues. It is quite ironic that the very products many of us use to clean our homes end up being the very ones that pollute our bodies.

Solution: Buy more natural and green cleaning products that don't carry any health warnings. Look in health food stores or the health section of your grocery stores for options. Another option is to make your own cleaning solution using simple combinations of water, white vinegar, baking soda (absorbs odors), and natural liquid soap.

In a study done by the University of Massachusetts at Amherst, toxic chemicals from non-stick cookware were found in the breast milk of every single woman studied. The harmful chemicals in non-stick cookware are often released during normal heating periods (2-5 minutes) or scratched off during cooking, subsequently entering our food. According to the Environmental Working Group (EWG) at 680 degrees Fahrenheit, Teflon pans release at least six toxic gases, including two carcinogens, two global pollutants, and MFA – a chemical lethal to humans at low doses. According to an analysis of nearly 300 umbilical cord blood samples led by researchers at the Johns Hopkins Bloomberg School of Public Health, exposure to perfluorooctane sulfonate (PFOS) and perfluorooctanoate (PFOA) in the womb is associated with lower weight and head circumference at birth.

Solution: Use stainless steel or cast iron pots and pans instead.

While most people buy air fresheners in the hopes of improving the air quality in their homes, just the opposite becomes true. These air fresheners are often filled with chemicals such as Volatile Organic Compounds (VOCs), which are connected to respiratory and nervous system issues, and phthalates which are known reproductive system disruptors. Because the average person spends 90% of their time indoors, exposure to these chemicals can be quite high if air fresheners are regularly used.

Solution: To freshen up the air in your home, ventilate it daily by opening windows and clean regularly. Filling up your home with plants is also a good idea as many varieties are effective at clearing VOCs from the air. Research conducted by Bill Wolverton, Ph.D., for the National Aeronautics and Space Administration in the late 1980s, measured the effects that certain plants had on air quality. Peace lilies, bamboo palms, English ivies, mums, and gerbera daisies have all been shown to be helpful for cleaning up indoor air. Dried lavender and essential oil reed diffusers can also add a lovely scent to rooms, drawers or closets.

Older homes – those built before 1978, but especially before 1950 – often contain a dangerously high level of lead. Lead is a serious health danger because even in very small amounts, it acts as a neurotoxin and can easily damage the brain by affecting its normal development and function. Since lead is able to cross the placenta as well as enter breast milk, it is important for pregnant women and new mothers to avoid exposure. Keep in mind that lead may be found in toys made in China, crystal glassware and even tap water.

Solution: Have your water or home tested for lead levels and try to buy more American-made toys for your children. As well, shun traditional crystal glasses and instead opt for the lead-free versions that are available.