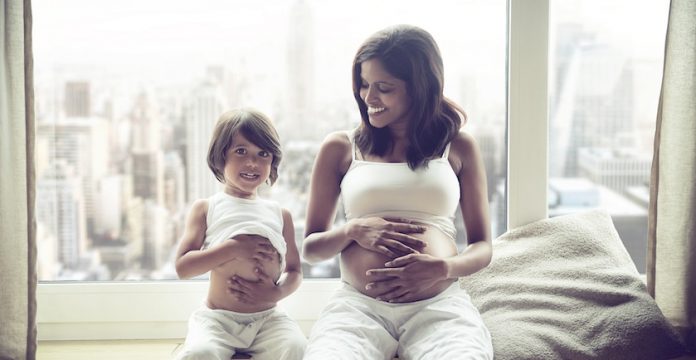 Although equally special, second time pregnancies often do not generate the same emotional intensity as first time pregnancies. Women tend to approach a first pregnancy carefully, learning everything they can about fetal stages and appropriate health habits. By the time the second and/or third pregnancy rolls around, many may feel as though they have done it before, read all the books, quizzed all the other mothers they know, and survived labor-making them feel like a seasoned pro. Although the effects on a woman’s body can be similar with each pregnancy, you may want to keep in mind the some nutritional recommendations for the second time around.

The most important factor to consider is that a woman’s body is often in a different condition than during the first conception. By the next pregnancy, and especially if it happens within two years of the last birth, the body can be depleted of vital nutrients because pregnancy itself is very taxing, often using up a woman’s precious nutrient stores. If we factor in the physically demanding task of breastfeeding and caring for a baby, we have a recipe for nutrient deficiencies, leaving mother and second baby open for health problems.

Read more about how to identify nutrient deficiencies

In order to protect her developing fetus and her own body from potential problems that derive from nutrient deficiencies, a second time mom may want to pay special attention to the following nutrients.

1. Omega 3s
These essential fats easily become depleted because they are so important for a baby’s development. Many women do not regularly consume food sources of omega 3s or do not supplement adequately, and consequently find themselves devoid of this nutrient post-pregnancy and while breastfeeding.

Generally during pregnancy the fetus takes precedence over the hosting mom, and in the case of a nutrient shortage, the growing baby gets first dibs. Depletion becomes more of a problem if the mother does not consciously replenish her stores before becoming pregnant for a second time. By the time the second fetus arrives, its access to these essential fats is diminished, which can negatively affect the development of the brain, nervous system, and immune system. Some experts have theorized that certain behavioral problems and learning disabilities may result from second born children with decreased access to adequate essential fatty acids during fetal development.

2. Iron
During pregnancy, iron needs increase by up to 50 percent. This sudden increase in iron allows for the manufacture of extra blood cells that are necessary to ensure nourishment reaches the fetus via the blood. If iron deficient in her first pregnancy without correction, a mother is likely to be at risk for further depletion in her second pregnancy. Low iron should be corrected prior to pregnancy since the condition may cause considerable fatigue for the mother, making it difficult for her to even get through the most basic of tasks let alone eat properly.

3. Folic Acid
Folic acid is an important nutrient that needs to be replenished before a second pregnancy is initiated. Because folic acid is key for fetal development (it allows cells to divide properly) and during lactation (for breast milk secretion and production), it can easily become depleted. Ensure adequate supplementation between pregnancies in addition to eating folate rich foods such as green leafy vegetables, legumes, nuts, and seeds.

4. Zinc
Zinc deficiency is probably the most common mineral deficiency in both women and men. This fact may have something to do with an under-functioning digestive tract, leading to poor absorption of this mineral. As with the above nutrients, if a woman’s intake and stores of zinc are low, she and her fetus may suffer the consequences of zinc deficiency. Zinc is critical for mental and immune development as well as enzymatic reactions. Signs of zinc deficiency are catching colds easily, paleness, white spots on nails, and a reduction in sense of smell and taste. In addition to adding dietary sources of zinc and a supplement to the diet, women may wish to consider improving their digestion with a digestive enzyme.

Despite the increased demands women have during a second or third pregnancy, they owe it to themselves and their babies to ensure they are properly nourished prior to conception and throughout pregnancy. It is important to reinforce stores of omega 3s, iron, folic acid, and zinc prior to becoming pregnant. As the expression goes, "an ounce of prevention is worth a pound of cure."