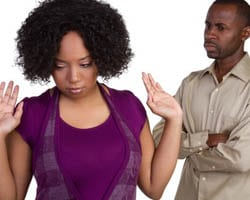 Relationships intrinsically create patterns that are energetic and repetitive. Think about how you handle money: You are either a saver, spender, avoider, or scrooge. Likewise, consider your relationship to conflict. You might run away from it or be drawn to and invigorated by it. How about our interaction and relations with other people? These relationships typically follow a routine influenced by how emotionally close we are to one another.

Imagine your friend/parent/partner holding one end of a rope and you on the other. If you are the caregiver, the one more emotionally engaged in the relationship, chances are you are pulling yourself along the rope toward the other person, actively closing the distance until you are right on top of him/her, while s/he is just standing still. In this case, as giver, your needs are not being met, and the receiver does not even have room to take one step toward you. Your partner may feel smothered. S/he will either reject or fight you to create some breathing space.

In conflict, a trigger goes off and an argument ensues, and it keeps escalating until it reaches some kind of breaking point. Either someone walks away or gives in to break the rhythm, at which point resolution and reconciliation usually come. In a few weeks time, you are fighting again. Although it is not the same fight, it is a variation on the same theme; only the details may have changed.

This is where letting go can have a role in breaking that cycle.

It's important to note that letting go is not in the traditional sense of giving up, we are speaking of this surrender in the spirit of generosity, a proverbial olive branch that is being extended to both you and your partner. Letting go involves putting down our armor and releasing stubborn thoughts to find a solution.

Letting go can be your last hope when you have tried everything else, none of which has worked. While it might be easier if we were able to acquiese earlier, we sometimes need to hit rock bottom first in order to recognize the potential surrender can bring. Most of us are too stubborn, and it takes us a few more hits against a brick wall than we would like to admit, before we consider another option. When we finally choose to allow another possibility, in the midst of a pattern we feel controlled by, we invite untapped possibilities. The problem with being in a pattern is you cannot see a way out of it because even leaving the situation does not always stop the energetic cycle. It is like a magnet that keeps attracting the same old rusted junkyard parts.

By letting go we move into a neutral place that can open up a whole new world of possibilities.This is not easy but if you allow yourself, the results can be dramatic. It will usher in a new energetic pattern and offer you relief from the toxic cycle you have been spinning in for far too long. Be mindful to not watch the kettle so hard that it never boils.