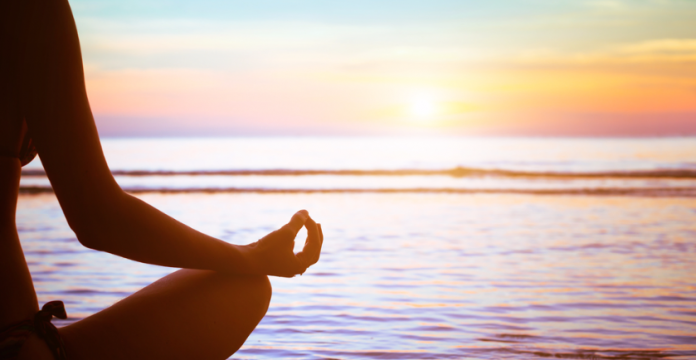 Over time, meditation can be credited with transforming the mind, encouraging concentration, clarity, and emotional positivity. Through a daily practice, you can learn the patterns and habits of the mind, speci?cally, observing the mind think. By observing the mind think you realize that while the mind is a part of you, it's not all of you. Meditation helps you to separate yourself from life's sometimes mundane details and cultivate a calm and positive state of awareness. Meditation is like boot camp for your mind with the end result being equanimity and peace.

Meditation has been practiced since antiquity as an aspect of various religions including Hinduism, Buddhism, and Christianity. More recently, it's been reintroduced and brought to the mainstream with bene?ts that include reducing high blood pressure, anxiety, and depression. The earliest references to meditation come from the Hindu Vedas. Around the 6th and 5th centuries BCE other forms developed in Taoist China and Buddhist India.

Read more about coping with anxiety

You could never begin to count the various types of meditation, in fact, the term is synonymous with just plain awareness, but even still, there are a few common varieties you should consider.

Vipassana is likely the most common form a mindfulness meditation. It comes from the Buddhist tradition. In Vipassana, the meditator simply watches the breath without trying to control it, creating awareness.

Transcendental Meditation (TM) involves sitting with your back straight and repeating a sacred word. Your focus is on rising above all that is impermanent. It's usually done for 20 minutes in the morning and evening. It's another form of meditation that's become particularly popular, especially among celebrities.

Walking Meditation is the simple process of staying present throughout a walk. It's just another means of adding meditation into your daily life. With every inhale, step and with every exhale, take another step.

Are You Really Meditating?

Deciding what you want to get out of meditation can be a great way to watch your progress. The purpose of meditation is to overcome the mental disturbances that can control your life by training your mind to move away from unrest. Basically, you have thoughts but you're a lot less disturbed by them.

Knowing is half the battle. Before meditation, your monkey mind likely jumps from thought to thought without you ever knowing that you had no focus. When you're meditating your mind still wanders, but now you notice it. What good does noticing do?

When you notice, you're able to move back into focus and over time, the amount the mind wanders is drastically reduced. The harder you push your mind to focus, the more likely you are to jump thoughts. You just can't force meditation. It's a practice done over and over again.

You'll know that meditation has started to work its magic if you're focused and alert, but still relaxed. Don't identify with a particular meditation experience but with your overall positive changes. Have you noticed you're less stressed, more aware of your surroundings, and less anxious to jump to the next thing? Meditation isn't an overnight success, but in life, can you think of very many worthwhile experiences that were? Keep at it, notice your progress, but resist the urge to judge.