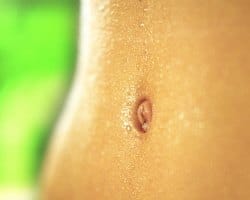 The general term inflammatory bowel disease includes two major gastrointestinal diseases: Crohn's disease and ulcerative colitis. Both involve large bowel inflammation and tissues outside the colon. There is some degree of overlap with respect to signs and symptoms in both conditions but the causes of both are poorly understood.

What are Crohn's disease and colitis?

Ulcerative colitis is a chronic inflammatory disease that deteriorates the lining of the large bowel. It shows up primarily in the 20-40 age group and affects predominantly females. Most often, the inflammation begins at the rectum and extends up through the colon. The inflammation can progress until ulcerations and abscesses develop. In some patients, the disease can be mild and localized or excruciatingly painful with perforations of the colon. There is usually diarrhea with blood and mucus in the stool. Sudden attacks followed by periods of remission are typical.

Ulcerative colitis tends to recur in families and there is a high incidence of eczema, hay fever, arthritis, and ankylosing spondylitis. There is a school of thought that believes that inflammatory bowel disease, especially ulcerative colitis, is the result of an allergy or hypersensitivity reaction to certain foods by the colon.

Salicylate (aspirin) sensitivity can be involved in a some cases. Some researchers have shown the existence of circulating antibodies against cow's milk and other foods, especially gluten from wheat and other grains.

Conventional medical treatments for Crohn's and ulcerative colitis can often ignore the value of diet despite a large amount of published medical literature that stresses its importance. Dietary therapies can be done concurrently with conventional treatments.

Studies documented in the book Breaking The Vicious Cycle: Intestinal Health Through Diet (by Elaine Gottschall, Kirkton, Ont.:The Kirkton Press, 1994) indicate that many victims of inflammatory bowel disease can control their symptoms simply by eliminating lactose (milk sugar), starches, grains, yeast, and refined carbohydrates from the diet. More difficult cases require help from a natural health care practitioner for treatment of hidden food allergies, candida (yeast) infections, bacterial flora imbalances, and parasite infestations. Some patients need only follow the diet for six months while others must follow it for years before being able to eat the disallowed foods without symptoms.

Nutritional imbalances and deficiencies arise in sufferers of Crohn's because of malabsorption. Zinc deficiency is common as are deficiencies in B vitamins—especially vitamin B12, vitamin A, and vitamin D. Most cases require periodic vitamin B12 injections. A thorough nutritional assessment is well worth doing.

Herbs that may benefit inflammatory bowel disease include ginger, comfrey, and a combination of slippery elm, Turkish rhubarb, burdock, and sheep sorrel (a.k.a. Essiac or Flor•Essence). Garlic and acidophilus (dairy-free and grain-free) may be helpful, too.

None of the natural treatments interfere with conventional medical treatments. In fact, it's quite possible that diet change alone may help make any medical therapy work better. A naturopath or holistic medical doctor should be consulted for professional supervision.

Supplements For a Whole Body Experience