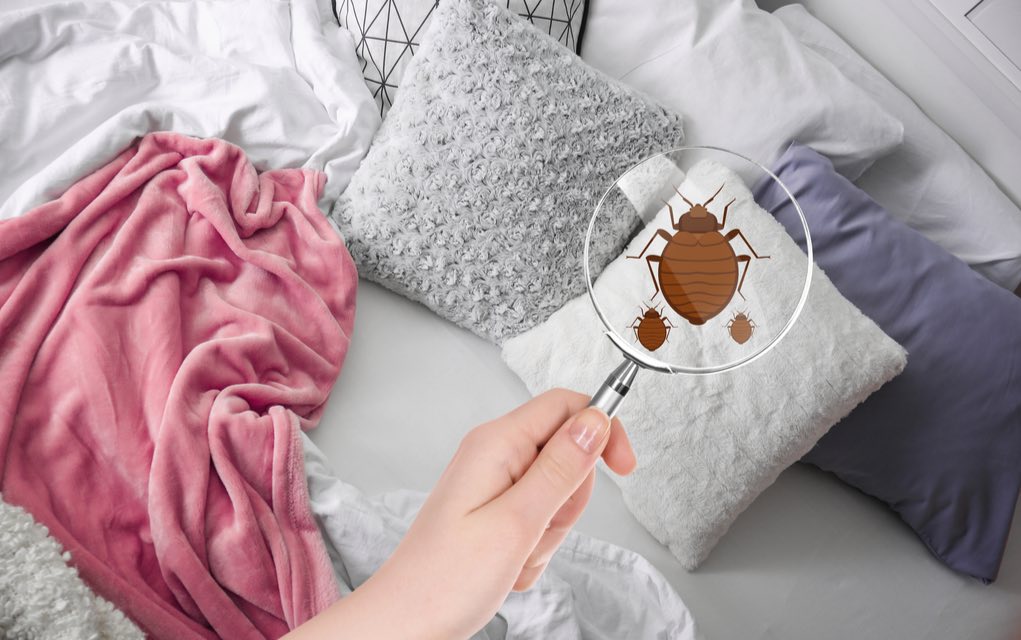 For some people, the mere mention of bed bugs causes them to begin to scratch or imagine the little critters are crawling on them. But hopefully that will all change once you read about how to identify these buggers and how you can get rid of them naturally and safely.

What are bed bugs?

Bed bugs are tiny insects whose sole food is the blood of animals. The common bed bug (Cimex lectularius) prefers the blood of humans, although it will also bite dogs, birds, cats, and rodents.

Bed bugs have been around since ancient times and were mentioned in classical Greek writings. During modern times, they used to be very common in the United States before the 1940s, but use of the pesticide DDT during the 1940s and 1950s caused them to virtually vanish. They have persisted, however, in other parts of the world.

Where do they come from?

Originally, Cimex lectularius are believed to have come from caves in the Middle East that were inhabited by bats and humans. Jump forward thousands of years, and these critters are still around. The dramatic rise in the bed bug population in developed countries in the 1980s is believed to be related to an increase in international travel, more immigration from developing countries to developed ones, a decline in cockroach populations because of insecticide use (cockroaches are natural predators of bed bugs), and increasing bed bug resistance to pesticides.

For example, bed bugs can hitch a ride in luggage, clothing, purses, sofas, chairs, and drapes. Fabrics of all kinds are open game.

Because bed bugs are so small, it’s helpful to have a flashlight and magnifying glass to detect them. Here’s a rundown on what to look for in your bed and other furniture.

One of the most commonly asked questions about bed bug is, do they fly? No, bed bugs do not fly or jump, but they are rapid crawlers on just about surface.

Read about why buy a natural mattress

Have you been bitten by a bed bug? A bed bug bites usually at night while you sleep. The insects have an elongated beak that pierces the skin, but because the bites are painless, you probably won’t know it is happening. Immediately after feeding, the bugs usually crawl away to digest the blood.

Symptoms of bed bug bites include an itchy red welt that appears with a day or so of the assault. However, sometimes individuals don’t response for days or weeks after the bites occur. Some people don’t react at all, especially among the elderly.

Bed bugs usually bite exposed areas of the skin (that is, not covered by clothing). It’s common for people to think they have been bitten by mosquitoes, which is one reason why bed bugs can go undetected for a long time.

How to get rid of them

Pesticide treatment has been a common way to get rid of bed bugs, but this approach not only poses harm to people, the bugs are becoming increasingly resistant to the toxins. The Centers for Disease Control and Prevention notes there are 300 registered products that can be used to control bed bugs.

These products are grouped into seven chemical classes, including biochemical, desiccants, insect growth regulators, neonicotinoids, pyrethrins, pyrethroids, and pyrroles. Side effects associated with exposure to them can include headache, dizziness, respiratory problems such as irritation and upper respiratory tract pain, nausea, and vomiting.

Fortunately there are some natural ways to get rid of bed bugs.

Wash, vacuum, and steam. This approach involves washing everything from the infested area that can be washed in a washing machine. Use hot water and tumble dry on high heat to kill all stages of bed bug development. You also need to vacuum all the surfaces and crevices of anything you cannot wash using a device that has a HEPA filter.

Cushions and other fabrics can be placed in plastic bags and left in direct sunlight until the internal temperature is at least 120 F. An alternative is to freeze the cushions and fabric.

You can then steam the furniture frames with a steamer that produces steam greater than 120 F.

Baking soda. Sprinkle baking soda wherever the bugs may be hiding. Baking soda dries out the bugs by sucking the moisture from their bodies. You will need to reapply the baking soda every few days after vacuuming up the original treatment. This approach is feasible for a small infestation.

Rubbing alcohol. Spraying bed bugs with rubbing alcohol reportedly will kill them. However, this method works best only for spot treatments.

Dried herbs. Dried lavender, Indian lilac, and peppermint leaves can be sprinkled around the house, on furniture, floors, and in crevices. Bed bugs don’t like these herbs and it may even kill them.

Lemongrass. Lemongrass essential oil can be mixed with water and spritzed on furniture, floors, and crevices. Although many natural solutions only repel the creatures, lemongrass can kill the bugs and their eggs.

Green Bean Buddy. A natural product you can buy and use at home is Green Bean Buddy. The “bean” part of the name refers to soybean oil, which is one of six other ingredients besides water in this eco-friendly bed bug killer that is kid- and pet-friendly. It has been certified by the American Academy of Entomological Sciences.

Once Green Bean Buddy is sprayed on the affected areas, it works within 10 minutes. It also treats infestation for up to 30 days after the first application. 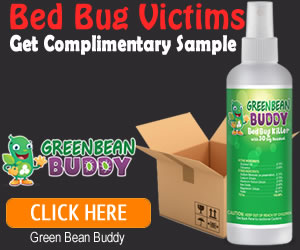 Although no one wants these pesky biting critters in their bed or their home, it’s reassuring to know there are safe, natural ways to eliminate them. As the saying goes “don’t let the bed bugs bite!”

For more information on living healthy and great natural products that really work, be sure to subscribe to our newsletter:

Read this next: Lice: What You Need to Know

The U.S. Lags Behind Other Countries in Regulating Pesticides