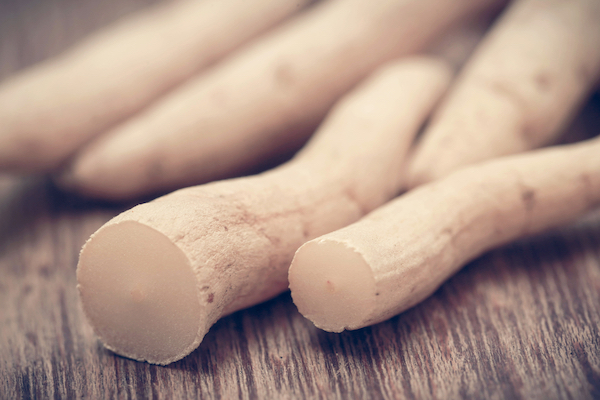 Whenever I hear about a new herbal remedy, I'm always eager to learn more about it. Shatavari fits the bill. Where does it come from, how long has it been around, what are its healing properties, what does the research say, and is it something that can benefit me? We explore all of those questions (except only you can determine the answer to the last question!) right here.

Shatavari (Asparagus racemosus) is an Ayurvedic herb that is, as its name suggests, a member of the asparagus family. A translation of the word means "who possess a hundred husbands or is acceptable to many" or "having one hundred husbands." Similar to ashwagandha, rhodiola rosea, and ginseng, Shatavari is an adaptogen, which means it helps the body resist stressors and achieve balance.

This staple of Ayurvedic medicine is commonly found growing in India and the Himalayas, as well as parts of Australia and Africa. The roots of the plant have long been valued as a general tonic and to support the female reproductive system. It also has been used along with ashwagandha for men.

Read about 7 tips for following an Ayurvedic diet

If you're looking for a natural remedy that has the potential to help you through your first period to your last and beyond, then Shatavari could be your answer. According to Cecilia Lacayo, MD, a physician associated with a reproductive health service in Florida, "It's been used for centuries to help women with their reproductive health, restore and balance hormones, increase libido, fight fatigue, treat PMS and menopausal symptoms, support the healthy production of breast milk, strengthen the immune systems, and improve digestive health."

How does Shatavari work?

According to naturopath Amanda Frick of Los Angeles, the herb relaxes the uterine tissue, which in turn relieves stomach pain and cramps. It has anti-inflammatory properties, associated with the presence of the substance called racemofuran, which can be especially helpful for relieving menstrual cramps and bloating associated with your period.

For women who are experiencing perimenopause or menopause, Shatavari may tackle symptoms associated with these stages of life as well. You might try Shatavari for hot flashes, brain fog, vaginal dryness, and night sweats.

Read about the effects of low estrogen as we age

Other benefits of Shatavari

If you think Shatavari is for women only, you'd be wrong! Here are some of the other health benefits of this herb.

How to use Shatavari

Shatavari is available as a powder, liquid, and capsules and is bittersweet. Although no standard dose has been established, you should follow the suggestions on the label. Several recommended doses are:

Consult your healthcare provider before using Shatavari supplements to determine the best dose for you.

Women may be interested in the healing properties of Shatavari, especially when it comes to symptoms associated with perimenopause, menopause, and menstruation. However, the herb appears to have healing abilities that surpass the female reproductive system and may be called upon to help with a wide variety of other health challenges.

[Editor's Note: Organic India has a variety of ayurvedic products with everything from tulsi infusions to Shatavari capsules. I (Lisa) have found relief of some premenstrual cramping after using Shatavari.]

7 Tips For Following An Ayurvedic Diet

West-Rosenthal LB. Why every woman should take a shatavari supplement. Well and Good 2017 Nov 6

Protein Needs During Menopause and Beyond

3 Things You Need to Know Before Transitioning to Grey