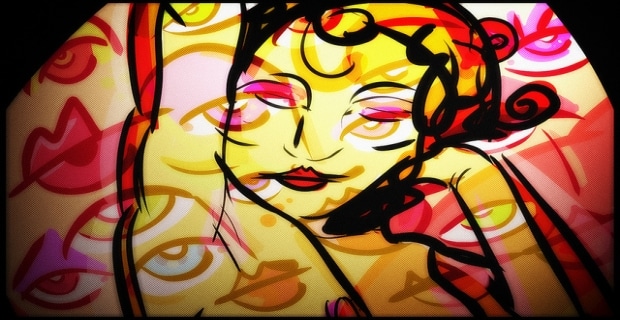 If you have ever suffered with a vaginal infection caused by the nasty yeast candida, then you will be glad to know there are several probiotics that can help you fight those microorganisms and maintain a healthy, happy vagina. The beneficial bacteria are strains of species that belong to the genus called Lactobacillus, one of the two most common groups of probiotics.

Candida normally reside in small amounts in your mouth and intestinal tract where they perform beneficial functions such as help with digestion and absorption of nutrients. But when candida goes wild and you experience an overgrowth of the yeast (which can happen for a number of reasons such as eating a high-sugar diet, taking antibiotics, and chronic stress), then you can develop a variety of health problems, including vaginal infections (e.g., vulvovaginal candidiasis), urinary tract infection, depression, itchy skin, fatigue, and difficulty with concentration and memory.

Seventy to 75 percent of women experience at least one bout of vulvovaginal candidiasis during their lifetime. If you are among this unpopular group of women, you are all too familiar with the itching, burning, vaginal discharge, swollen vulva, itching (yes, I know I mentioned it twice), and painful urination. Fortunately, happy bacteria (probiotics) can help.

The research team tested five different Lactobacilli strains to determine how they acted toward candida strains and whether they would be good candidates for vaginal douches and ovules as a treatment for vaginal candidiasis. They also were tested for their ability to make hydrogen peroxide and to adhere to pathogens.

The tested strains included L. rhamnosus IMC 501, L. paracasei IMC 502, L. paracasei subsp. paracasei 303, L. plantarum 319, and L. fermentum 404. All five strains were effective against Candida strains and had an ability to adhere well to cells and grow alongside candida. These are highly desirable characteristics for a treatment to fight this yeast.

However, the only two strains that also were able to produce hydrogen peroxide were L. rhamnosus IMC 501 and L. paracasei IMC 502. Hydrogen peroxide is necessary to kill the yeast cells. So we have a case of where less is more: although all five strains were effective against candida, only two were necessary to get the job done.

The researchers concluded that the combination of these two strains provided the best results, and now their studies have moved on beyond the laboratory to human studies, but the results are not yet available.

According to Dr. M. Cristina Verdenelli, who headed the research, "We've all heard of using natural yoghurt to manage vaginal thrush as an alternative to antimicrobial medicines, but we wanted to test whether the type of probiotic bacteria found in yoghurt could actually kill or restrict the growth of candida."

Read more about the effectiveness of probiotics

Another research team also recently reported that two other probiotic strains-L. fermentum LF10 and L. acidophilus LA02-were effective against candida strains as well. In that study, 30 women who had vulvovaginal candidiasis were treated with effervescent vaginal tablets that contained the two probiotics. Treatment consisted of one tablet daily for seven days, then one tablet every three days for three weeks, followed by one tablet per week to help prevent recurrence. After 28 days of treatment, the infection resolved in 26 (86.6%) of the women.

If you are bothered by vaginal infections, probiotics can come to the rescue. When shopping for a probiotic supplement, look for one that provides several of the beneficial bacteria named, as well as one that is free of GMOs, sugar, and artificial additives. Bio-K+ probiotics are an example of products that meet these important standards.

In addition to taking probiotics (a suggested dose ranges from 25 to 100 billion colony forming units [CFUs]), you can fight the yeast by switching to a low-carbohydrate diet, eliminating alcohol, and practicing stress management techniques. The addition of caprylic acid, a natural ingredient that comes from coconut oil, also is helpful as it can kill the yeast.