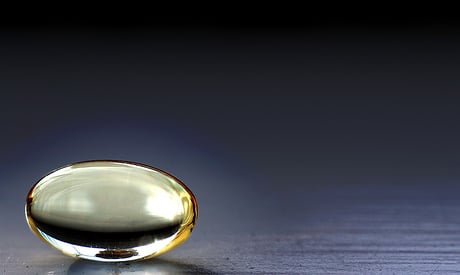 Let me introduce you to the eight faces of vitamin E. Yes, vitamin E is really just an umbrella term to describe this multifaceted nutrient. To better understand vitamin E, you need to look at all eight forms, each of which has its own distinctive personality while also having some characteristics in common.

The eight naturally occurring forms of vitamin E are alpha-, beta-, delta-, and gamma-tocopherol and alpha-, beta-, delta- and gamma-tocotrienol. All of them share the fact that they are fat-soluble, which means they dissolve in fat. Once in the body, vitamin E hangs out in adipose (fat) tissue as well as muscle, with a small amount in the cell membranes. The body tends to eliminate fat-soluble vitamins more slowly than water-soluble vitamins, so vitamin E sticks around a bit longer than they do.

Vitamin E is also an antioxidant that helps fight the nasty free radical molecules that play a role in aging as well as heart disease, arthritis, and many other diseases. This antioxidant typically works along with vitamin C and selenium in these efforts. Vitamin E includes assistance with immune system function and metabolism among its tasks.

Now let’s look at the eight faces of vitamin E.

Until recently, alpha-tocopherol was believed to be the only form of vitamin E to be active in the body. Continuing research has shown this is not the case. However, the government based the Recommended Daily Allowance (RDA) of vitamin E on alpha-tocopherol, and that amount is 15 mg or 22.4 International Units for everyone age 14 years and older. Alpha-tocopherol is the most common form of the vitamin found in supplements and along with gamma-tocopherol, the form present in food. Those foods include plant oils (e.g., canola, olive, sunflower, sesame), seeds, and nuts.

Little is known about this form of vitamin E except that it has antioxidant properties and works in sync with the other vitamin E forms.

Of all the tocopherols, the delta form is the least active in the human body. However, a study from Rutgers University recently noted that delta-tocopherol was more effective than gamma-tocopherol against colon cancer cells in the laboratory, while alpha-tocopherol was not effective at all.

Aside from alpha-tocopherol, the gamma form has been the subject of a significant amount of research in recent years. It now appears that gamma-tocopherol has important roles in health, including the support of normal cell growth and a healthy immune system. A recent study in Nutrition and Cancer noted that gamma-tocopherol potentially reduces the risk of prostate cancer.

Less research has been performed regarding the four tocotrienol forms of vitamin E. Some experts have indicated tocotrienols can help lower lipids (cholesterols and triglycerides) in people who have type 2 diabetes. Tocotrienols also have antioxidant properties.

It’s possible the tocotrienols may help battle bone loss as well. Another recent study found that tocotrienols given to animals safely enhanced bone formation and reduced bone loss, thus fighting osteoporosis. Tocotrienols also have been shown to protect the heart and reduce the risk of cardiovascular disease. Read more about osteoporosis