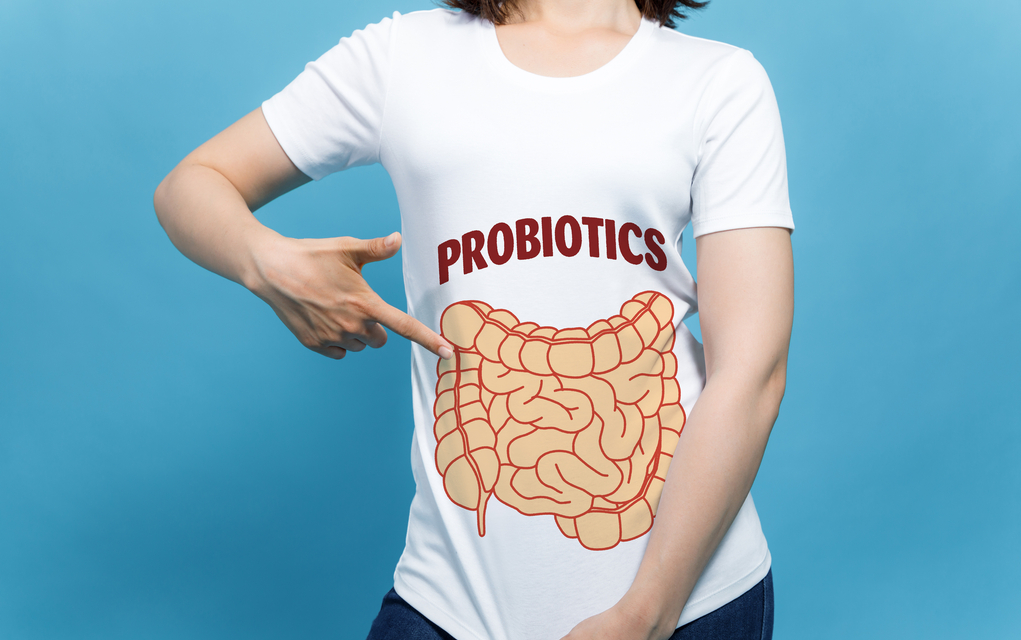 Probiotics, aka beneficial bacteria or good bacteria, are talked up everywhere. They are hawked as supplements, added to different foods, discussed as part of dietary programs, and researched for their health benefits. Although it may seem lots of people are talking about probiotics, does everyone understand them? Even the experts are still sifting through the evidence and the study results. Let's see what we know so far about these good microorganisms.

Imagine trillions of microscopic organisms scurrying around in your body—some good, some not so good. Some of the good ones are referred to as probiotics. More specifically, probiotics are defined as "live microorganisms, that when administered in adequate amounts, convey a health benefit on the host." The vast majority of probiotics are bacteria—Lactobacillus and Bifidobacterium in particular—although several other bacteria genera have been developed as probiotics, along with one genus of yeast.

The bacteria and yeast that fall under the probiotic umbrella belong to the following genera (plural of genus). Each genus has numerous species and strains designations, and each species and strain has different characteristics. This can make for a bewildering number of microorganisms to explore and understand!

Read about 8 reasons to take probiotics

Lactobacillus: These are the most common beneficial bacteria that are found in yogurt and fermented foods. Species and strains of this genus can help with diarrhea and individuals who are lactose intolerant. One specific probiotic bacterium, for example, is Lactobacillus (genus) rhamnosus (species) GG (strain). It appears naturally in the body and is often used in supplements. Perhaps the most recognized Lactobacillus probiotic is L. acidophilus, which is often added to dairy products.

Lactobacillus gets its name from what it makes: lactic acid. The bacteria produce an enzyme called lactase, which breaks down lactose, a sugar found in milk, into lactic acid.

Bifidobacterium: The species and strains in this genus are found in some dairy products and may reduce symptoms of irritable bowel syndrome and related gastrointestinal problems. Bifidobacteria are naturally present in the large intestine, where they fight damaging bacteria and help prevent constipation. They also support and promote the immune system and may also lower the concentration of certain cancer-causing enzymes in the intestinal tract.

Escherichia. The currently available Escherichia probiotic is E. coli known as Symbioflor E. coli. It has been studied for its use in the treatment of irritable bowel syndrome and inflammatory bowel disease. The conclusion for now is that it is safe and can be effective for these gastrointestional problems.

Enterococcus. Similar to Lactobacillus, Enterococcus is a lactic acid bacteria. An often-used Enterococcus probiotic is E. faecium, which is naturally found in the gut and can survive the digestive process. Some strains of E. faecium can be harmful, however, so only certain strains are used in supplements.

Bacillus. This particular beneficial microbe has long been used for food preservation and is also under scrutiny for its probiotic properties. Thus far Bacillus species have shown great results in managing diarrhea, gingivitis, and H. pylori infections, but much more research needs to be done.

Saccharomyces. This yeast, specifically S. boulardii, has been developed as a probiotic. It is believed to be a strain of S. cerevisiae (aka, baker's yeast). S. boulardii is used for the prevention and treatment of various types of diarrhea, including traveler's diarrhea, rotaviral diarrhea in children, and diarrhea caused by the use of antibiotics.

How do probiotics work?

The human body has about 1014 bacterial cells with more than 1,000 different species or types of bacteria. These microbes interact with each other and other cells in the body, which means they have an impact on organ and tissue function from your head to your toes.

Despite the obvious interaction going on between all of these cells, experts are still trying to understand exactly how probiotics work. However, thus far they believe that these beneficial bacteria:

In fact, the International Human Microbiome Consortium is looking into the role of the human microbiome in overall human health maintenance, what causes disease, and how to use what they learn to improve our ability to prevent and treat disease. That of course includes our friends,  probiotics!

What is the difference between probiotics and prebiotics?

The difference between prebiotics and probiotics is interesting because the two have a synergistic relationship. Prebiotics are a type of fiber, which is not digested by the body. Prebiotic fiber can be found in many foods, such as almonds, apple skins, bananas, barley, beans, chickpeas, chicory root, custard apples, flaxseed, garlic, grapefruit, Jerusalem artichokes, kidney beans, leeks, lentils, onions, and watermelon.

Prebiotics travel through the small intestine undigested and are fermented in the large colon. This fermentation process is what provides nutrition for probiotics and thus helps increase the population of these beneficial bacteria.

Probiotics are live beneficial bacteria (or yeasts) that are produced naturally through the fermentation of foods such as sauerkraut, miso, yogurt, kefir, and others. They also are available as supplements for anyone who cannot get a sufficient amount of probiotics through food. Understand that there is no established dose of probiotics for individuals to take. However, experts have suggested some dosing guidelines depending on the reason you are taking the microorganisms.

What are the health benefits of probiotics?

Thus far, the most success using probiotics has been for diarrhea.

Read about are probiotics the key to a happy, healthy gut?

Are all probiotics the same?

That would be a big no, according to Dr. Patricia Hibberd, a professor of pediatrics and chief of global health at MassGeneral Hospital for Children in Boston. Hibberd has studied the use of probiotics in young children and older adults.

Every species and strain of beneficial bacteria have a unique set of qualities when it comes to your health. When you purchase probiotic supplements, some contain only a single species or strain. The majority, however, provide a variety of strains in different formulations. That means each supplement formulation can offer different benefits.

In fact, because microbe concentrations can differ significantly among products, it is challenging to pinpoint the exact health benefits individuals can get from probiotics and how they may work in the body.

You could think about strains of probiotics as being like a unique person residing with a larger extended family. The genus is the extended family, while the species is the strain's immediate family. The individuals within a species have similar traits and abilities, like siblings do. However, a strain is like one of the siblings, with properties different from the others.

A good example to use is one of the most recognized species in probiotics, Lactobacillus acidophilus, often referred to simply as acidophilus. It's been used for about 100 years, when it was added to milk to support digestion. Since then lots of research has uncovered ways the species supports the immune system, aids in the absorption of nutrients, and supports vaginal health.

In the 1950s, L. acidophilus DDS®-1 was discovered. This strain of the probiotic has undergone extensive research and been found to have special qualities, including an ability to easily attach itself to the intestinal walls.

Another Lactobacillus species, L. rhamnosus, is found in dairy foods and naturally in the body. Specific strains of this probiotic have been linked to assistance with weight management, immune health, and women's health. Therefore, it is important to know the specific strains of probiotics you are getting when choosing foods or supplements if you are interested in supporting a certain health concern or issue.

Who should take probiotics?

A knee-jerk reaction to this question, considering the benefits attributed to probiotics, is that just about everyone should take probiotics. A maintenance dose would seem to be in order to help keep the bacterial flora in balance in the intestinal tract and thus benefit overall health. You don't need to be "sick" to take probiotics, since they can be viewed as a type of insurance policy.

However, there is some question about whether probiotics are a good idea for certain groups, such as the elderly or people with a compromised immune system. Dr. Hibberd has noted that while probiotics are often used to manage bloating, constipation, and gas not associated with acute illness, "we don't have a lot of evidence to document that this works, particularly in older people."

Another risk associated with probiotic supplements is that they are not regulated by the Food and Drug Administration. You need to be especially vigilant when buying probiotics to be sure you are getting a supplement that contains the bacteria that are listed on the label and in the amounts stated. You can check the viability of many probiotic supplements at ConsumerLabs, an independent testing entity.

How to take probiotics

Probiotics can be consumed through food, supplements, or both options. Food sources include sauerkraut (fresh made without vinegar; not canned), kefir, yogurt (be sure it says it contains live bacteria), kombucha, miso, tempeh, kimchi, traditional buttermilk, natto, pickles, and some cheeses, such as cottage cheese, Gouda, and cheddar.

Getting good bacteria from food can be a challenge, which is why many people choose supplements. You should not start taking probiotics without first talking to your healthcare provider. If you are being treated for cancer or have an immune deficiency, you should discuss a probiotic plan with a professional first.

Dosages for probiotics vary significantly not only by product but are dependent on whether you are taking the supplement for maintenance or for a specific issue. No recommended dosing for probiotics has been established. You are encouraged to follow the dosing directions provided by the manufacturer.

Probiotic supplements are available in tablets and capsules or as powders that you can sprinkle on your food. The bacteria are typically freeze-dried, which does not kill the live microorganisms. Instead, the bacteria become fully active once they are warmed by your digestive system.

Probiotic supplements don't come in traditional measurements, such as milligrams or micrograms, but in colony-forming units, or CFUs. A common dosage for adults is 5 to 10 billion CFUs daily unless you are addressing a specific health concern, and then you will take a higher dose.

You need to take probiotics only once daily. Some people experience diarrhea for a few days after starting probiotics, and this symptom can be reduced if you take the supplement at the end of a meal.

Probiotics have become more and more of a household word in recent years. Although there is still much we don't understand about these beneficial bacteria, it has become clear they offer a variety of health benefits, especially regarding the gastrointestinal system. Ongoing research should provide more answers to questions about their effectiveness and ways they can be used to prevent and manage health challenges.

Read this next: Do Probiotics Help With Cold and Flu?

Mayo Clinic. What are probiotics?