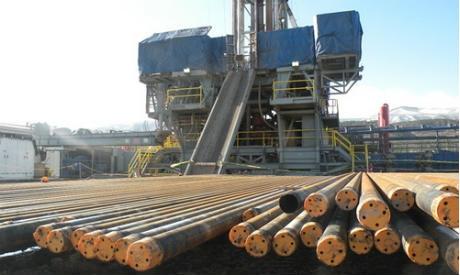 Hydraulic fracturing, better known as fracking, has caused high levels of outrage and concern. Celebs including Robert Redford, Mark Ruffalo, Zoe Saldana and Ethan Hawke (and even Ms. Brokovich herself) are some of the most outspoken opponents to the practice.

Fracking is a process that involves drilling and pumping excessive amounts of chemical-laden water deep into key areas where oil and natural gas may be abundant, but not able to flow out unaided. Large energy companies drill into formations such as shale, coal beds and tight sands to "release" these gases and oils. Using steel pipes that are inserted deep into the earth (through a well bore), the fracturing fluid is released through perforations in the pipe casings. This causes the target formations to crack or fracture, which allows the fluids to flow back up to the surface. Sounds complicated, right?

One of the most heavily fracked areas is the Marcellus Formation—a shale structure made up of marine sedimentary rock—stretches across the Appalachian basin (PA, OH, WV, NY, MD, KY, VA, TN, GA and AL).

According to a 2010 Environmental Protection Agency study, fracking uses 70 to 140 billion gallons of fresh water every year for just 35,000 wells. To transport water to frack sites, 200 truck trips are required for every one million gallons. This boggling amount of water could supply 40 to 80 cities with populations of 50,000 according to Earthworks, a nonprofit organization dedicated to protecting communities and the environment from the impacts of irresponsible mineral and energy development while seeking sustainable solutions. This is a big concern for environmental advocates, as it not only diminishes precious fresh water supplies; it also creates an abundance of greenhouse gases in transport. And that's before the toxic chemicals are added for fracking.

While companies doing the fracking (like Haliburton) claim only a minimal amount of chemicals are used in the process—between 0.5 and 2.0 percent of the fracking fluid—that number is put into perspective when the volume of water used in considered.

The chemicals used are noxious and some even considered carcinogens: petroleum distillates such as kerosene and diesel fuel; polycyclic aromatic hydrocarbons; methanol; formaldehyde; ethylene glycol; glycol ethers; hydrochloric acid; and sodium hydroxide. In some high fracking areas, the chemicals are leaching into groundwater, contaminating drinking water and causing a great amount of health issues. According to Earthworks, water samples from parts of Pennsylvania "have revealed concentrations of 1,2-Dichloroethane as high as 55.3 micrograms per liter, which is more than 10 times EPA’s Maximum Contaminant Level for 1,2-Dichloroethane in drinking water." They also evaporate into the air sending the chemicals miles in whichever direction the wind blows.

Concerns have also arisen over the effects on food, particularly for certified organic farms in areas like New York State—the third largest producer of organic foods in the country. Contaminated groundwater can easily leach chemicals into soil, which can diminish organic status, and drifting chemicals in the air can settle onto the soil and plants.

Want to know if you’re in a fracking risk zone? Check out this map.