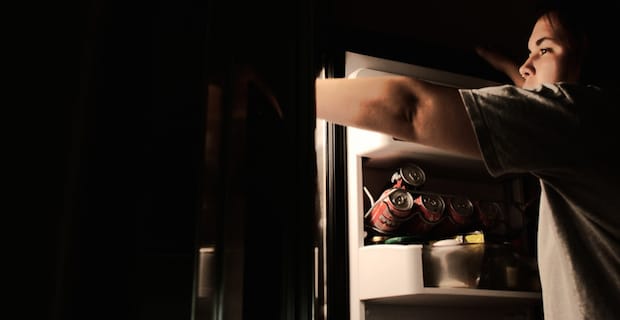 Lack of sleep can lead to many health problems, one of which is often weight gain. But it turns out that weight gain due to sleep deprivation isn’t just caused by your late night snacking when you can’t fall asleep (or are trying to make that midnight deadline), but because some foods actually taste better when you are sleep deprived.

The New York Times reported on a University of California, Berkeley study that found that just one night of sleep deprivation changes the way that people’s brains respond to certain foods. The study found that the part of the brain that helps control the motivation to eat responded much more favorably to junk foods such as potato chips when sleep deprivation was a factor. Not helping the situation was the finding that the frontal cortex, which helps balance the higher-level decision of consequences versus reward, showed a steep reduction in activity, preventing it from helping balance the desire for the junk food.

Dr. Matthew P. Walker, the author of the study and a professor of psychology and neuroscience at Berkeley, called the new findings a “double hit” because of the brains desire for the unhealthier foods and its inability to control the decision making process. Also of important consideration is whether or not people who stay awake for more hours are hungrier, but this study took that into consideration.

Dr. Walker is quoted in the New York Times as saying, “Their hunger was no different when they were sleep deprived and when they had a normal night of sleep. That’s important because it suggests that the changes we’re seeing are caused by sleep deprivation itself, rather than simply being perhaps more metabolically impaired when you’re sleep deprived.”

Read more about how junk food is addictive

The bottom line is that for optimal health your body requires an appropriate amount of rest. If you aren’t getting enough sleep that could lead to weight gain, and now we have more information as to why that is the case. So, if you find that you aren’t getting enough sleep, be sure to keep unhealthy foods out of the house so your brain isn’t more tempted to indulge in them.