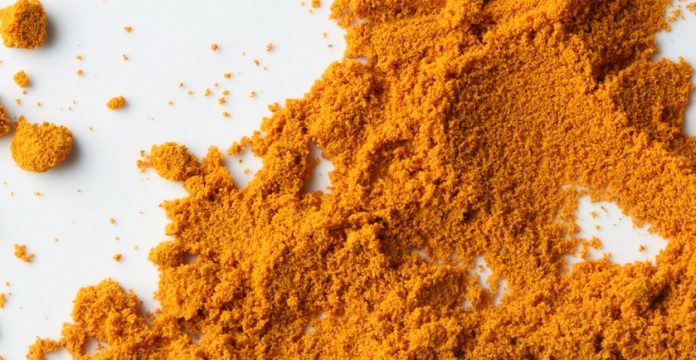 Nowadays, a variety of herbal remedies – tinctures, supplements, lozenges, and others – are found in most households; they aren't yet as popular, but spices are gaining merit as wonderful and healing medicinal ingredients. Here is some information about a few common spices which are currently receiving a great deal of attention.

Turmeric
Of the spices currently being researched, no other is receiving the attention that this curry spice is getting. Turmeric (Curcuma longa), has been used in Ayurvedic and Chinese medicine for thousands of years to treat numerous conditions. Over 30 years of clinical research on the benefits of turmeric proves that it has anti-inflammatory, antioxidant, anticarcinogenic, and anticoagulant properties. It has been shown to benefit arthritis sufferers, to reduce cholesterol, and to protect against cancer. [1]

Curcumin, which provides turmeric's potent yellow pigment, is thought to be the primary pharmacological agent in turmeric. Several times more potent than Vitamin E, turmeric has powerful antioxidant effects. Its combination of antioxidant and anti-inflammatory effects explains why arthritis sufferers find relief with regular use of the spice.

Numerous studies on the benefits of turmeric have found curcumin's anti-inflammatory effects to be on par with potent drugs such as hydrocortisone, yet without any of the side effects. This is tremendous news for those with inflammatory conditions such as arthritis, for which there is a question of drug safety. Curcumin is also showing promise as a treatment for inflammatory bowel disease (IBD) such as Crohn's and ulcerative colitis. [1]

Additionally, turmeric is a good source of vitamin B6, a nutrient which prevents homocysteine levels from becoming dangerously high. Homocysteine is a significant risk factor for heart disease and stroke.

While studies suggest that ingestion of the spice is safe even at high doses, only a small amount of turmeric used regularly in cooking is sufficient to produce a therapeutic effect.

Cinnamon
Perhaps nothing evokes feelings of comfort and warmth the way that cinnamon does. Cinnamon sticks simmering on the stove while relaxing before a crackling fire – what could be more soothing? But the aromatic spice is valuable for much more than its ability to instill comfort. Medicinally, cinnamon is now being used to manage diabetes and blood sugar problems, as well as heart disease. It has antioxidant and antimicrobial properties and may also be used for diarrhea and indigestion.

Many of cinnamon's recognized healing properties are a result of three active components in its essential oils. Most noteworthy is cinnamaldehyde, which gives cinnamon its distinct flavor and aroma. An effective antimicrobial substance, cinnamaldehyde is being researched for its effects as an anti-thrombotic agent, preventing blood platelets from aggregating (clumping together). Research suggests that cinnamon, therefore, may protect against blood clots and decrease inflammation by inhibiting the release of arachidonic acid, an inflammatory fatty acid. [3]

Cinnamon's impact on blood sugar levels has been well researched and validated. In 2003, a study published in Diabetes Carefound that humans with type 2 diabetes who consumed as little as 1 gram of cinnamon per day had a reduction in blood sugar levels, triglycerides, LDL (the "bad") cholesterol, as well as total cholesterol. In 2007, research published in the American Journal of Clinical Nutrition found that adding cinnamon to a meal reduced the rate of stomach emptying, subsequently slowing the rise in blood sugar following a meal. [4]

Yet another study showed that less than half a teaspoon per day of cinnamon reduces blood sugar levels in type 2 diabetics.³ All studies found that blood sugar was better managed only as long as there was a regular intake of cinnamon. Cinnamon has been shown to be a more potent and effective antioxidant than anise, ginger, licorice, mint, nutmeg and vanilla and the chemical food preservatives BHA, BHT, and propyl gallate. [5] As an antimicrobial agent, cinnamon can be used as an alternative to other food preservatives to inhibit the growth of pathogenic bacteria and fungi.

Ginger
As tasty in a stir-fry as it is in a mug of tea, ginger's unmistakeable spicy-sweet zing works beautifully in a range of foods and products from baked goods to candy to soda (ginger ale). Historically, ginger (Zingiber officinale) was used to alleviate digestive and gastrointestinal problems. A popular remedy for nausea, especially during travel to relieve motion sickness and for morning sickness in pregnancy, ginger also helps to relieve intestinal gas. Currently, ginger is being investigated as a powerful anti-inflammatory substance, and extracts of ginger have also been shown to have antioxidant and anti-tumour effects on cells.

Responsible for its characteristic flavor, ginger's active constituent, gingerol, may be behind the spice's anti-inflammatory effects. Several clinical studies have shown that those with arthritis (specifically osteoarthritis and rheumatoid) experience pain relief and improved mobility with regular consumption of ginger, even patients who don't respond to conventional drug treatments. Ginger has been shown to suppress the pro-inflammatory compounds cytokines and chemo-kines produced by cells in the joints' synovial lining and cartilage, suggesting that the regular use of ginger may prevent an arthritic condition from worsening.[6]

A study conducted at the University of Minnesota found that gingerol suppressed the development of colorectal tumors in mice. This was recently substantiated by a new study published in the journal Cancer Prevention Research which found that ginger's anti-inflammatory properties may play a role in reducing inflammation in the human colon, possibly reducing the risk of developing colorectal cancer.[7]

As little as a half-inch slice of ginger can produce therapeutic effects. To get the most out of fresh ginger, place it directly into the freezer after purchasing and grate some into food or drinks at every opportunity.

Don't be afraid to spice up your food with the variety of healing spices available. Each has its own unique healing properties, and using spices to add flavor almost certainly means cutting down on calorie-laden sauces.