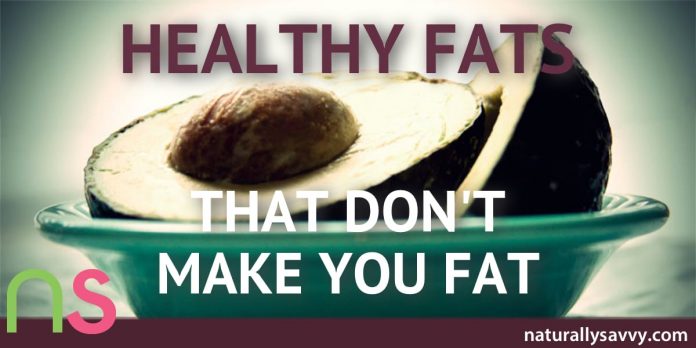 In the 1990s, it seemed as if every second product in the grocery store from low-fat yogurt to low-fat Oreo cookies, were proof that fat was little more than a tasty, bad-for-you four letter word. Fast forward to 2001 and an eight year study funded by the National Heart, Lung and Blood Institute of nearly 50,000 women found that their lives did not improve all that much from eating a low fat diet. They had not lost weight and they did not appear to lower their risk of heart disease. Another study conducted at the Boston Children’s hospital in 2012 analyzed the possible benefits of the low-fat diet for weight loss and found that restricted dietary fat intake slowed metabolism and showed a link to insulin resistance.

In recent years, moderation and discernment in dietary fat intake appeared to offer more positive results. So, instead of eliminating all fats from your diet as preached by the low-fat craze of the 1990s, the trick is to learn the difference between good fats and bad fats.

“Bad fats” most often refers to trans fat. This fat involves a process that adds hydrogen to vegetable oil (called hydrogenation) to produce a solid fat used to preserve the shelf life of processed foods. Trans fat was found in most commercial baked goods and fried foods until 2006 when the labeling of trans fat became mandatory in the United States due to concerns that it contributed to heart disease. Grocery aisles now display products labeled as “zero trans fat.” However, labeling is tricky. If a product contains less than 0.5 grams of trans fat, the company can still label it as having “zero trans fat.” So be careful. You should also avoid foods that are labelled as “partially hydrogenated” as this is another term for trans fat.

"Good fats" keep us warm, lubricate our joints, help us produce hormones and absorb fat soluble vitamins such as vitamins A, E and D. They also nourish our skin and aid our cardiovascular system. Not so bad, right? The following good fats offer all these benefits, and when following a sensible diet they do not make us fat.

Read more about how to lose belly fat

Gone are the days of severe restriction and demonizing entire food groups. Add these good fats to your diet for flavor, to feel full, and to help your body maintain an optimally healthy state.

11 Reasons You Feel Cold All The Time