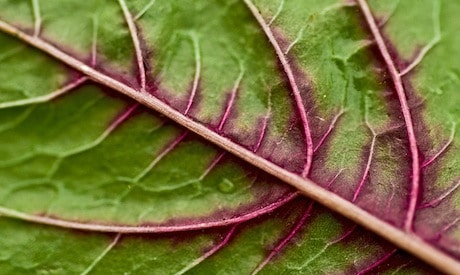 When people talk about vitamins, vitamin K is often an afterthought, as in "oh yeah, and then there's vitamin K." If the vitamin does get mentioned, it's usually remembered as the one that helps with blood clotting, which is true. But vitamin K works in more capacities than just blood clotting.

What is Vitamin K?

Vitamin K appears in two basic forms: phylloquinone (K1), which is the type made by plants and the main source of the vitamin for humans; and menaquinone (K2), which is produced by bacteria and is more biologically active than K1. Both types are fat soluble, which means fat molecules absorb them and carry them to various tissues in the body where they are stored. Thus for best absorption, you should consume some healthy fats (e.g., virgin olive oil, walnuts) when eating foods high in vitamin K. The adequate Intake of vitamin K has been established as 90 micrograms daily for women and 120 micrograms for men.

What Vitamin K May Do For You

Beyond blood clotting tasks, vitamin K has been shown to offer a variety of other health benefits, including:

Another study reported on the effect of vitamin K intake on 38,094 men and women who were followed for more than ten years. The authors found that both vitamin K1 and K2 "may be associated with a reduced risk of type 2 diabetes."

2. Bone health: In addition to calcium, magnesium, and vitamin D, healthy bones depend on vitamin K. The problem, however, is that most adults do not consume enough vitamin K1 to support healthy bones. According to Susan E. Brown, PhD, adults need about ten times more (1,000 mcg) vitamin K1 than they currently consume to get the most from osteocalcin, a critical bone protein. Investigators in the Nurses' Health Study found that individuals who consumed only 109 mcg of vitamin K1 each day had a lower risk of suffering a hip fracture over a decade than those who ingested less vitamin K.

Read more about vitamin K and your memory

3. Heart health: Vitamin K plays a part in preventing the accumulation of calcium in the arteries (atherosclerosis) that supply the heart.

4. Memory:  Vitamin K seems to have a positive impact on cognition among the elderly (individuals aged 70 to 85). A study appearing in Neurobiology of Aging reports that participants who had higher vitamin K1 concentrations also showed better verbal memory skills, although the nutrient did not seem to be associated with nonverbal memory or several other cognitive functions.

If you like green leafy veggies, then getting more than the adequate Intake of vitamin K should not be a problem. Leafy greens are the main food sources of vitamin K1 and include Brussels sprouts, collard greens, kale, mustard greens, parsley, romaine lettuce, spinach, and Swiss chard. In fact, just ½ cup of spinach contains about 500 mcg of vitamin K while

Vitamin K is a nutrient that provides essential benefits from head to toe. Be sure to include a source of vitamin K in your diet every day to reap those benefits.