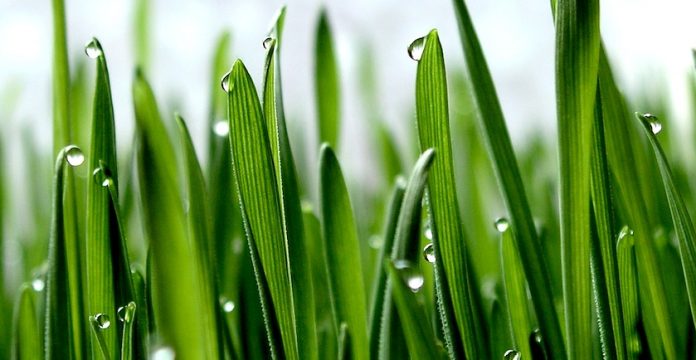 When people hear the word wheatgrass (Triticum aestivum), their thoughts may go to an ingredient for a healthy smoothie or juice, but they don't often know what it is or why it's good for them. Amazingly, this nutrient-dense plant food comes from the young wheat plant, but when picked in its youth – as this cereal grass should be (before seeding occurs) – it contains no gluten.

In 1915, Dr. Richard Willstätter was awarded the Nobel Prize in chemistry for his work involving nature's healing properties; in particular, his research and discovery of the similarities between the actions of chlorophyll in plants and hemoglobin in human blood was recognized. The chlorophyll in wheatgrass is extremely high because of how it is grown and when it is picked. Scientists in the 1920s and 1930s were performing experiments to try and identify specific nutrients to enhance immunity and strength in people and farm animals, and wheatgrass was at the forefront of much of this research.

In 1925, an agricultural chemist, Dr. Charles Frances Schnabel, started recognizing and doing experiments on the connection between the increased weight-gain of beef cattle and the increased production of milk and butter fat in dairy cattle when they grazed on wheatgrass in the early spring. He also experimented with hens and found they produced more eggs when given wheatgrass. Other scientists, including Dr. George Kohler and Dr. Mott Cannon were also conducting experiments and publishing papers involving wheatgrass and its impressive effects. Dr. Ann Wigmore re-popularized wheatgrass in the '50s and '60s after going through her own health crisis battling colon cancer, as well as a bout of gangrene that almost made her lose her leg. She introduced this cereal grass into her diet and switched to an all natural way of life, rich with raw foods. She lived a long, healthy life as a proponent and sincere advocate of wheatgrass and nature's healing effects.

A research paper written by Dr. C. W. Saunders published in 1926, "Nutritional Value of Chlorophyll as Related to Hemoglobin Formation," paved the way for many scientists to thoroughly examine chlorophyll's healing and detoxifying effects. The rejuvenating results of ingesting cereal grasses, with wheatgrass often leading the way, is attributed to chlorophyll by many health care practitioners. As Dr. Willstätter discovered, chlorophyll and human blood are remarkably similar. One of the beliefs for its successful use in treating various ailments is that the main molecular difference between them is that there is iron in the centre of hemoglobin (which carries oxygen to red blood cells) and magnesium at the centre of chlorophyll. For this reason, chlorophyll-rich foods are used for people with blood disorders, such as anemia.

A partial list of some nutrients in wheatgrass and their benefits:

Read more about the best food sources for vitamins

How to Use Wheatgrass

The versatility of wheatgrass makes it easy to incorporate into one's diet. It comes as dehydrated powder, frozen, tablets, or live. Wheatgrass should be harvested right before or right at the start of a period called "jointing," (just before the grain "egg" becomes a seed and begins to travel up the stock) to access its highest nutritional value. Heating it will destroy all of its beneficial qualities.

The most common uses for wheatgrass are:

• Added into shakes or smoothies (in any form)

• Thawed (if frozen) and taken as a shot

• Added to salads or freshly juiced (if live)

READ MORE: How to Maximize Nutrition in a Nutrient-Void World