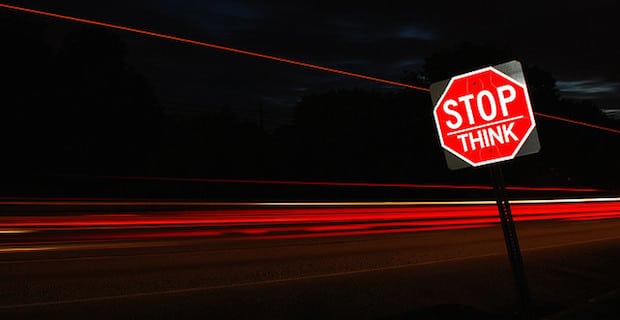 When you get behind the wheel, you have learned to stop when you see a red light or a stop sign. But when you go to the grocery store and read ingredient labels that list artificial colors like Red 40 or Red 3, step on the gas and get out of there!

Currently there are seven artificial food dyes on the Food and Drug Administration's "okie dokie" list. Of these, Red 40, Yellow 6, and Yellow 5 (currently being investigated for links to anxiety, ADHD, migraines, and more) account for 90 percent of the artificial colors used in foods. The remaining culprits are Blue 1, Blue 2, Green 3, and Red 3.

In a review of synthetic food dyes from the University of California and published in the International Journal of Occupational and Environmental Health, the authors concluded that when it comes to the red artificial colors

The authors were none too pleased with how researchers have been testing these artificial colors, explaining that the procedures for these artificial colors are inadequate and that none of the currently approved dyes do anything to enhance the safety or nutritional value of the foods they are in. Thus they wisely concluded that "all of the currently used dyes should be removed from the food supply and replaced, if at all, by safer colorings." We agree, and here are a few more reasons why you should run, not walk, away from red artificial colors.

You may have already heard that intake of artificial food dyes during childhood and adolescence has been linked to hyperactivity (ADHD) and other behavioral problems. For example, a review published in Prescrire International, for example, reported that

Now a recent study suggests that a young person's vulnerability to artificial food dyes also is modified by prenatal stress. Thus far the research has been done in rats only and across four generations.

The researchers used Red 40 as well as Yellow 5, Yellow 6, and Blue 1 in the drinking water across a time span that resembles juvenile and adolescent dietary exposure. When the animals were challenged with tasks that involved anxiety-like behaviors and motor activity, the experts found that prenatal stress caused hyperactivity both early and later in the lives of the rats.

Rats exposed to the artificial dyes only (no prenatal stress) showed hyperactivity during consumption but the negative behavior subsided after the dyes were stopped. This finding suggests that stopping a child's exposure to artificial colors such as Red 40 and Red 3 can have a positive impact on behavior. Overall the study's findings indicate the prenatal stress can have a significant impact on behavioral changes in the presence of artificial colors.

A black-chinned hummingbird requires 2.5 times its body weight in 4:1 sugar water to meet its daily calorie needs. If his sugar water is colored with Red 40, he will consume 10 times the daily dosage of artificial color it took to produce DNA damage seen in a laboratory study. When hummingbirds migrate, they need to consume even more sugar water, which in turn increases their exposure to the dye.

Where You Will Find Red Artificial Colors

Red 40 can be found in a wide spectrum of foods, while Red 3 is less prevalent. An example of foods that can contain Red 40 include canned fruits, cake mixes, yogurt, breakfast cereals, gelatins, cookies, snack cakes, maraschino cherries, cereal and granola bars,candies, soft drinks, and fruit drinks. You can see examples of brand names here. Red 3 is used in candies and baked goods.

Read more about the seven scary additives to avoid

Places you won't find Red 40 are Austria, Belgium, Denmark, France, Germany, Sweden, and Switzerland. The artificial color has been banned in these countries. In the United Kingdom, it is not recommended for use in children.

Should you allow your children to see red?