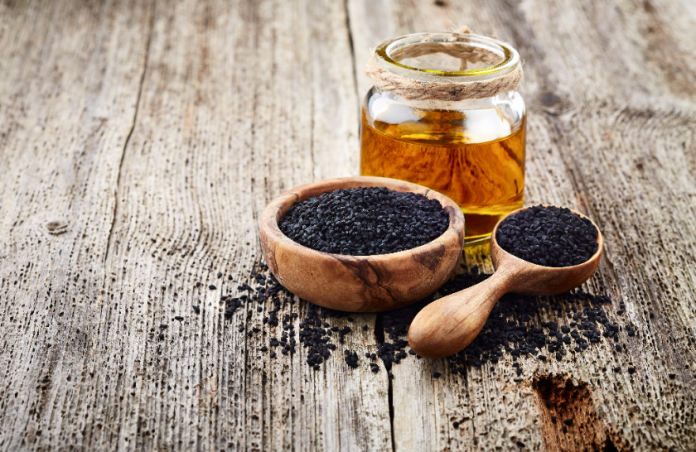 Human civilization has faced many deadly diseases starting way back in history. The ever-growing body of medical science and research has found treatments for many of them. But, even now, we are helpless to some extent in case of certain diseases. Cancer, diabetes, heart attacks, cystic fibrosis are some of them. But, it's a fact that your chances of survival have increased a lot. There are natural solutions to fight against those chronic diseases. These natural solutions are not contaminated with impurities and the side effects are minimal.

One of the herbal remedies still widely used is the black seed oil because it has no side effects and many benefits. Black seed oil is also known as black cumin seed or Nigella Sativa is one of the most highly regarded herbaceous plants, praised for its healing qualities. It is used to produce healthy tonics for tackling critical diseases.

Read more about the benefits of black seed oil

For thousands of years, Romans and Egyptians used the seed in the preparation of their daily medicines. It occupies a remarkable position in the ancient Arab and Greek medical community founded by the Hippocrates, Avicenna, and Galen.

Of the various ways that black seed oil helps the body, the following top the list of its health benefits based on well-established and solid medical evidence.

Most of black seed oil's medicinal actions have been found to be from thymoquinone (TQ), the major compound of the essential oil. It is considered as a powerful antioxidant, antimutagenic and anticarcinogenic agent. Thymoquinone has been found to restore the levels of glutathione, lactate dehydrogenase and superoxide dismutase in animal studies.

The antioxidant activity of black seed oil is believed to protect tissues from injury due to radiation, however, it isn't clear if it could affect radiation therapy.

Further, TQ has been shown to reduce the incidence of stomach tumors. The possible mechanism may be by promoting apoptosis (cell death) by inhibiting cancer cell growth and inhibiting DNA synthesis.

Black seed oil's thymoquinone anti-cancer abilities could be through a number of mechanisms.

A study at the University of King Faisal, Saudi Arabia has found that taking 2 grams of black seed extract daily may help decrease high blood glucose level in type 2 diabetics. Researchers observed that the fasting blood glucose levels of the patients reduced by a mean of 62mg/100ml within 4 to 6 weeks.

In addition, a number of animal and human studies suggests that N. Sativa oil could be a beneficial adjunct therapy for diabetes medications. People with diabetes and glucose intolerance may benefit from black seed oil due to its various anti-diabetic mechanisms such as:

[Editor's Note: Before discontinuing use of any prescription medicine, please consult with your doctor.]

Atherosclerosis is a leading heart disease due to chronic inflammation and chronic high blood cholesterol level.

In an animal study on the effect of N. sativa oil and seed powder on atherosclerosis in comparison with Simvastatin, researchers have found that the group fed with N. sativa extract exhibited a significant reduction of total cholesterol and low-density lipoprotein (bad cholesterol).

With this effect, black seed oil can lower the risk of strokes, heart attacks, and other artery diseases.

It has been found that certain conventional asthma medications can increase the risk of severe, life-threatening asthma flares. With this, the need for safer asthma solutions has never been more apparent.

In a recent study on the effect of N. sativa supplementation for asthma control, N. sativa oil capsules, 500 mg, were given twice a day for 4 weeks. The placebo group were given the same amount of olive oil. Patients were monitored and were tested using Asthma Control Test. Other tests include blood eosinophil count (to measure the amount of white blood cells to determine infection or allergic reaction), pulmonary function test and total serum IgE (a test to measure the quantity of Immunoglobulin E, a marker of allergic reaction). After four weeks, results of the study revealed that the N. sativa group exhibited a marked improvement in average Asthma Control Test score and a significant decline in blood eosinophils. Researchers concluded that N. sativa oil supplementation may improve asthma control, manifested by improvement in pulmonary function. This was attributed to a remarkable level of blood eosinophils.

Millions of people are suffering from inflammation and pain. Taking conventional pain reliever pills for arthritis is an ever-present temptation. Unfortunately, pain relievers such as ibuprofen are not completely safe and may cause side effects.

Black seed oil can be used to address arthritis pain and inflammation. In a crossover clinical trial between black seed oil and oral acetaminophen in reducing knee pain among elderly patients, researchers found that topical application of N. sativa oil is more effective than oral acetaminophen. After using the oil 3 times a day for 3 weeks, the reduction of pain was much higher compared to the pain-relieving tablet.

Thymoquinone, the main component of black seed oil has shown anti-inflammatory action by inhibiting lipoxygenase and cyclooxygenase – the inflammatory mediators that trigger the release of prostaglandins.

Black seed oil can also fight opportunistic pathogens in the body, including bacteria that are resistant to conventional antibiotics. In a study that looked at methicillin-resistant staphylococcus aureus, researchers found the potent anti-bacterial action of black seed oil extract against all strains of MRSA.

In addition, there is solid evidence that the use of N. sativa oil against Helicobacter pylori, the one responsible for most duodenal and gastric ulcers, is as effective as mainstream drugs. Aside from bacteria, black seed oil is also potent against fungi and yeast. It has been reported that both black seed extract and oil can inhibit Candida albicans.

The National Center for Biotechnology Information (NCBI) tested blackseed on thirty-five opioid addicts. Blackseed proved to be an effective non-opioid withdrawal treatment; but unlike typical medication, it had no side effects other than increased appetite, but despite the more frequent hunger, the NCBI reported no significant weight gain. Not only did blackseed oil give the recovering addicts a safe and natural way to heal, but it also cured infections that the opioids caused. Blackseed oil is a safe treatment for other ailments as well.

The list above is only a few of the countless benefits this oil has to offer. You may think it is far-fetched for a humble herb to provide this vast number of benefits, however, we now know that the medical evidence speaks for themselves.

[Editor's Note: North American Herb & Spice offers a raw black seed oil. You can find out more on their website.]