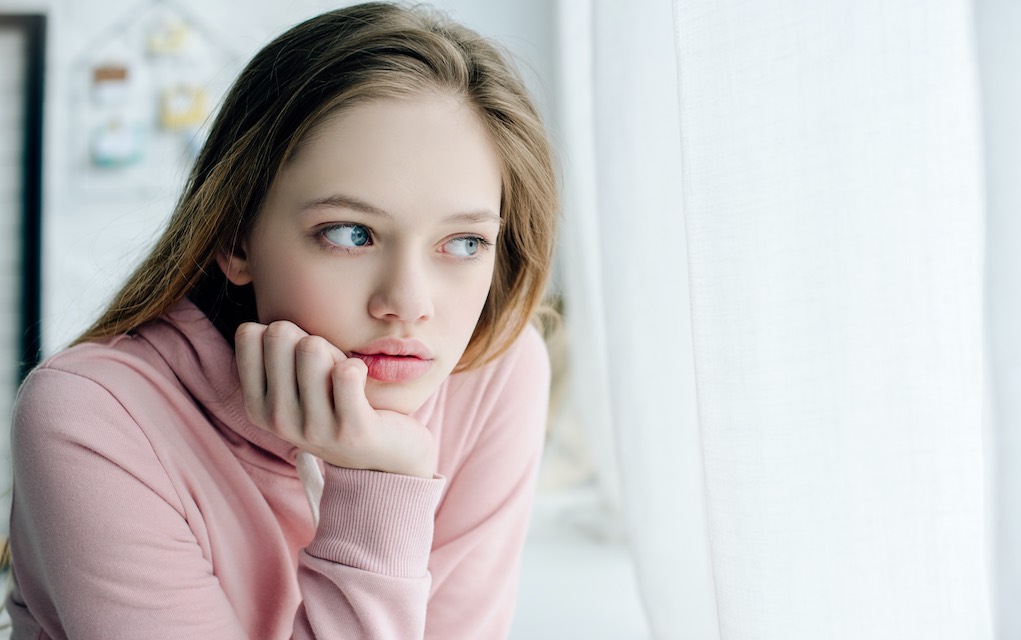 Do you remember when you were a teenager and you began to experience many different emotions and urges and you didn’t always know what to do with your feelings? How many of you got the hormone and sex talk from your mother or father? Is your teenager daughter going through a similar time in her life?

Hormone changes are real and normal, but that doesn’t mean they are easy to experience or live through for everyone involved. Now’s the time for understanding your teenager daughter’s hormones and how you might help her weather this exciting and also tumultuous time in her life. It’s going to take time and patience on everyone’s part.

Which hormones commonly cause changes in teenage girls?

The catalyst for the changes in teenage girls is the activity of three hormones, and the impact can be considerable, as many parents will attest to.

At the start of puberty, the brain releases gonadotropin-releasing hormone (GnRH). This hormone causes the pituitary gland to release follicle-stimulating hormone (FSH) and luteinizing hormone (LH) into the bloodstream. That’s when big changes begin in the production and levels of estrogen, progesterone, and testosterone.

Read about before the period: what young girls should know about puberty

Both FSH and LH stimulate the ovaries to begin producing the hormone estrogen as well as eggs. Around this time, teenage girls typically begin to grow taller, gain some weight, and develop muscle mass. Your teenage daughter will likely come face to face with these hormone-related changes:

What are symptoms of hormones in teenage girls?

Parents of teenage daughters bear witness to the symptoms of the hormone surge that occurs during adolescence. The leap in hormone activity, as well as peer pressure and lingering doubts about fitting in with the crowd and body image issues, can result in females engaging in risky behaviors and experiencing confusing and disruptive mood swings.

A consequence of those swings involves how girls think about dating and sex. Because this can be a tremendously confusing time for young women as they juggle both internal and external pressures about dating, sex, and intimate relationships, it’s important for parents to keep communications lines open as much as possible and for girls to have someone they can trust to talk to.

Teenage raging hormones lead young people to experiment with sex. The Centers for Disease Control and Prevention (CDC) reports that among high school students surveyed in 2017:

Another symptom of teenage hormones concerns body image. Body changes associated with sex hormone production can cause some young women to become obsessed with their weight, contributing to eating disorders such as anorexia or bulimia. Research into this relationship is not yet conclusive, but parents and other concerned adults should watch for changes in eating habits and/or significant weight loss.

High on the list of symptoms of hormone changes is mood swings. It’s common for teenage girls to become mouthy, impulsive, irritable, nontalkative or monosyllabic, and/or dramatic. Doors may slam. Tears may flow. They may even tell you they hate you.

While these behaviors and responses may be common, parents should watch out for more severe symptoms, such as:

What are the common causes of hormone imbalance in teenage girls?

Several factors contribute to the causes of hormone imbalance in teenage girls.

The transition from adolescence to adulthood is a natural process, but it can be a trying one. If your teenage daughter is experiencing hormone changes, offer to spend time and a listening ear, even though you may meet resistance. A big dose of patience plus counseling and/or natural ways to balance hormones (with the guidance of a knowledgeable health professional) may make the whole transition easier.

For more information on living healthy as a teen, be sure to subscribe to our newsletter:

Read this next: High-Fructose Corn Syrup Messes Up Your Teen’s Brain

Bodycare Collagen how is gelatin made Oral Health serrapeptase enzyme