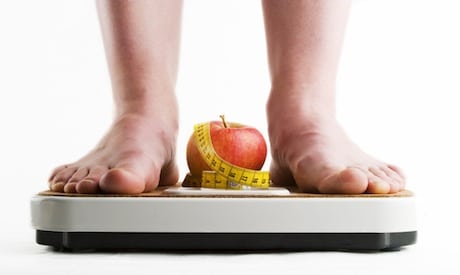 If you want to lose weight successfully, it can help to step outside of the calorie-and-exercise box and be creative. With that in mind, here are 7 healthy tips to boost your weight loss, healthily.

1. Avoid chemical additives. What do the artificial additives in your food have to do with weight loss? Plenty. For one thing, additives such as hydrogenated oils (trans fats) and high fructose corn syrup have been linked to weight gain. Even MSG (monosodium glutamate), which is found in many processed foods, has been linked to an increased risk of obesity. Chemical additives also can have toxic effects and overstress organs, which can make them function less efficiently (e.g., make it more difficult for the liver to clear the poisons from your body) and make it more difficult to lose weight.

2. Cut down on animal protein. This is an easy change to make in your diet, and it can work. I know, because I lost 5 pounds when I replaced animal protein with beans, soy foods, and other plant-based proteins. Two reasons for the weight loss benefit from plant proteins is the significant reduction in saturated fats and the increase in fiber, which helps eliminate fats from the body.

A 90-day study of 182 overweight adults looked at the effect of drinking green tea on weight loss. An average cup of green tea contains 50 to 100 mg of catechins. The researchers found that the participants who drank the greatest amount of catechins (nearly 900 mg daily) experienced a significant loss in weight, body fat, and waist size when compared with those who did not drink green tea. Another study found that men who took 400 mg of catechins twice a day resulted in moderate weight loss.

What’s important to know here is that an average cup of green tea contains 50 to 100 mg of catechins. When you do the math, you would need to drink a lot of green tea every day to get weight loss help. However, you can combine drinking 3 or 4 cups of green tea a day with a green tea extract supplement (decaffeinated available) to boost your weight loss efforts.

4. Eat coconut oil. You may think it’s strange to recommend eating coconut oil since it is a saturated fat, but this tropical oil is different from other oils. One major difference is that it’s a rich source of medium chain fatty acids (or medium-chain triglycerides, MCTs).

Most seed and vegetable oils consist of long-chain triglycerides, which your body stores mainly as fat. Your body can more easily digest and burn MCTs, however, and these fatty acids boost your metabolism. The best way to use coconut oil is for cooking, as it is able to withstand high heat unlike another healthy oil, olive oil, which is vulnerable to oxidative damage.

5. Eat spicy foods. Including spice foods on your weight loss menu not only can speed up your metabolism, it also can reduce calorie intake. Let’s start with the metabolism benefit.

Capsaicin, which is the active ingredient in chili peppers, increases thermogenesis (raising body temperature, which increases amount of energy burned). Although the amount of capsaicin used in studies of the spice and thermogenesis vary widely, one recent review noted that a range of 2 to 3 mg added to food daily has often been found to be effective.

The authors of a brand new review of capsaicinoids (chemicals in chili peppers) found that when people consumed capsaicinoids before a meal, they tended to consume an average of 74 fewer calories during the meal. They concluded that these chili pepper components have potential for “long-term, natural weight-loss aids.”

6. Take probiotics. Good bacteria could be your friend when it comes to weight loss. This concept has been tested in several studies, including one that involved 87 adults who were moderately overweight. Half consumed a beverage containing probiotics (Lactobacillus gasseri SBT2055) daily for 12 weeks while the other half drank a placebo beverage.

At the end of the study, those who consumed the probiotics experienced an average of 4.6 percent reduction in abdominal fat and a 1.4 percent decline in body weight. The amount of probiotics to take for weight loss can vary widely. A typical dose of the commonly use probiotic L. acidophilus, for example, is 1 to 10 billion colony forming units (CFUs) daily taken in divided doses.

7. Eat lots of fiber. Fiber is nature’s filler-upper to help you feel full longer, prevent hunger pangs, and stop you from overeating. Consuming 25 to 30 grams of fiber daily also helps keep your intestinal tract in full-speed-ahead mode so your body will escort unwanted fats and toxins from your body. Fresh fruits and vegetables, whole grains, seeds, and nuts are excellent sources of fiber.