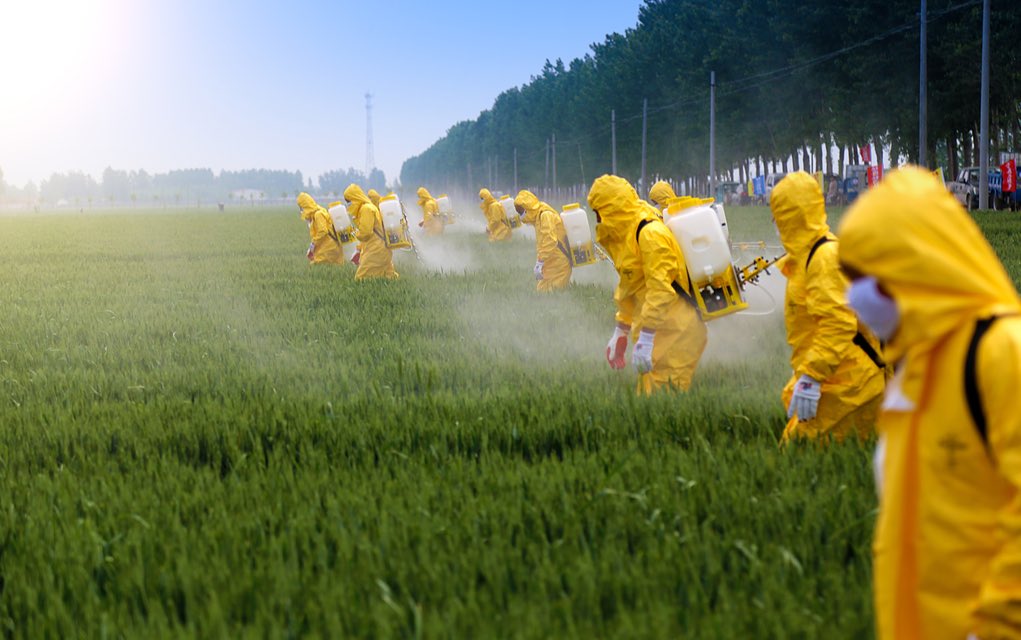 The U.S. seriously lags behind other countries when it comes to regulating pesticides. Environmental health researcher Nathan Donley with the Center for Biological Diversity reviewed pesticide regulations in the U.S. versus the EU, Brazil and China, which represent four of the largest agricultural producers and users of pesticides in the world. He analyzed the approval status of over 500 pesticides in the four nations. What he found is that 72, 17, and 11 pesticides approved for outdoor agricultural applications in the U.S. are banned or in the process of being phased out in the EU, Brazil, and China, respectively.

Donley also found that the pesticides banned in at least two of the other nations may have been implicated in acute pesticide poisonings in the U.S. Some of them are restricted by individual states. There is a big regulatory problem with the U.S., as he points out in his study. “The U.S. Environmental Protection Agency (US EPA) has all but abandoned its use of non-voluntary cancellations in recent years, making pesticide cancellation in the USA largely an exercise that requires consent by the regulated industry,” he stated.

Five of the pesticides (bensulide, dicrotophos, phorate, terbufos, and tribufos) banned in other countries but used in the U.S. “are in the neurotoxic organophosphate class that was once used in chemical warfare in World War II,” Donley wrote in a blog post. Paraquat is another one that is in use in the U.S. and banned in other countries. It is “one of the most acutely lethal pesticides still in use today, with a teaspoon-sized dose being enough to kill a grown adult,” according to him.

California is the top agricultural producing state in the U.S. and produces half of the nation’s produce. Pesticide use in the state is at near record-high levels, according to recently released data. In 2017, pesticide use in California exceeded two hundred million pounds for the third straight year. Pesticides included in the total increase are the organophosphate insecticide chlorpyrifos and two fungicides (chlorothalonil and mancozeb) known to cause cancer. Glyphosate is one of the pesticides most widely used in the state. The World Health Organization classified glyphosate as a probable carcinogen in 2015, and California lists it in a list of chemicals under Proposition 65 known to cause cancer.

What you can do

There a few things you can do to help reduce pesticide use in the U.S.

If you want to stay updated on the latest information about pesticides and healthy living, be sure to sign up to receive our newsletter:

Bed Bugs: Do I Have Them and How Can I Get Rid of Them?