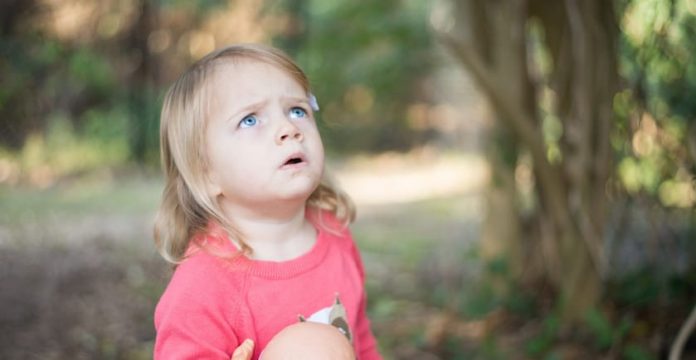 Increased exposure to toxins in and around our homes caused by every day products like nail polish and the beds we sleep on can lead to ADHD, lowered IQ, and other neurological problems that can harm your child's brain. From pregnancy through the first 5 years of life, children are far more susceptible to damage and health problems caused by these toxins – so much so that the EPA has a dedicated division, the Centers for Children's Environmental Health and Disease Prevention Research, just to research these issues.

What are these toxins and what can you do about it? Here is a list of the top 10 problems that can lower your child's IQ and cause neurological damage.

In addition to causing a host of medical problems, flame-retardants can lower a child's IQ, impede mental development and negatively impact memory. Studies have shown that prenatal and early childhood exposure to a chemical called polybrominated diphenyl ether (PBDE), a key ingredient in flame retardants that vents from furniture and clothing can have detrimental effects on a child's growing brain. To combat exposure in your home, make sure to use organic or clean, used mattresses for infants and babies, and reduce your own exposure when pregnant. Air out your home regularly to release toxins. Do not purchase big ticket products that are treated with flame retardants. Instead, buy organic, or get organic covers for your mattress. Take care when buying carpets as well.

Many of us think of fluoride as something that's good for you, but several experts, including Dr. Philippe Grandjean, adjunct Professor of Environmental Health at Harvard University, have found research linking this chemical to "brain toxicity and neurological symptoms in humans." His studies haves also linked fluoride exposure to lowered IQs. Since fluoride is now being added to drinking water at high and poorly regulated levels across the country, this should be a major concern for parents all across the U.S. Use a high quality water filter on your drinking water to address this issue.

Read more about fluoride and your health

We tend to think of lead as a toxin that no longer exists in America, but it is still a very real threat. Kids are still getting poisoned today. Not only can it lead to lower IQs, it can also cause permanent damage. To address this safety concern which affected her own children, Tamara Rubin helped form Lead Safe America. Visit their site to learn everything you need to know about lead poisoning, from testing to what products to avoid, to help your family avoid lead in your home.

This common product found in antibacterial soaps and purifiers affects thyroid hormone levels during lactation. Animal studies have shown that a deficiency in these hormones can contribute to lowered IQ and ADHD-like behavior, however, human studies have mixed results. While the debate continues, avoid toothpastes and products that contain triclosan. Dr. Bronner's, for example, is a safe option for soap.

While methyl mercury has been removed from our day-to-day life because it can cause brain damage and many deadly illnesses, it can still pose a problem for families. Huffington Post reported last year on a study that discovered that mercury expelled by coal-fired power plants in Asia has affected fish off the California coast. Pregnant women and young children need to be especially careful. You should know where your fish comes from and try to eat smaller fish that are lower on the food chain to keep your family safe.

This is a common toxin found in every day products like Teflon, stain resistant materials and clothing, pizza boxes and other grease resistant food packaging, microwave popcorn bags, and more. They have been linked to a great number of medical problems, such as tumors, cancers, thyroid imbalance, but they can also be responsible for slower brain development. A 2010 study showed that children with higher exposure to PFCs may have a higher chance of developing ADHD. To address this issue, avoid stain resistant products, stop eating take-out, fast food and microwave popcorn, and replace Teflon cookware with safer solutions like cast iron or stainless steel.

According to Columbia University's Mailman School of Public Health, American children are still being exposed to arsenic from well water, which could be lowering IQs. In addition, in a 2012 study, Chris Kresser reports on Consumer Reports which showed that many brands of rice contain "significant amounts" of both inorganic arsenic (a carcinogen) and the less toxic organic type. Many of these foods are marketed to babies (rice cereal, for example) and, surprisingly, so-called "healthy" brown rice was found to have even higher levels of arsenic than white. To combat this problem, purchase a high quality water filter and limit the amount of rice you give your family. (Gluten free readers take note: this means limiting all those rice-based pastas, sweeteners and other substitutes.)

This smelly product can be found in paint, paint thinners, nail polish, synthetic fragrances, adhesives and cigarette smoke. According to the Agency for Toxic Substances & Disease Registry, this chemical can cause confusion, tiredness, memory loss, and impair your ability to think clearly. Eliminate toluene by using 5-free nail polish and avoiding adhesives with strong smells. Fragrances can be very toxic so avoid them in products and use a natural solution, like essential oils, to scent your home. Be sure to paint nurseries and children's rooms when pregnant woman and children are out of range for a few days and fully air out the room before using it.

This element is one that is required by our body in small doses but can be toxic in high doses. Manganese can be found in water and soil, as well as foods and supplements. A 2011 study found that high traces of manganese in tap water were "significantly associated" with reduced IQs if children also had manganese in their food. While difficult to remove from water, you can make sure that your children do not get manganese in their supplements, and regulate their intake of foods high in manganese, including nuts and seeds, tofu, beans, fish, spinach/kale and black tea.

Found in plastics, older school and office supplies, and personal care products as well as present in foods in the U.S., this toxin can still be a problem for your children. Rodale News reported that a South Korean study showed a possible link between higher phthalate levels in the body and lower IQs in moms and kids. More testing needs to be done, but phthalates pose a host of other problems. Rodale advises families to remove products with artificial fragrance, vinyl products including shower curtains, and soaps and shampoos that contain phthalates.

Read more about why phthalates are dangerous chemicals

Environmental toxins that pose physical, medical, and neurological damage are banned by the EPA, but that doesn't mean our kids are free from danger. Unregulated chemicals, debates over how toxic a chemical can be, and regulations that are ineffective or incomplete means that these hidden dangers may be still lurking. Small amounts of exposure can add up to big problems. If your child experiences a sudden change in academic performance, behavior and overall clarity, make sure your home, his school and his environment is clear of these toxins.

Written by Gina Badalaty for Mamavation.