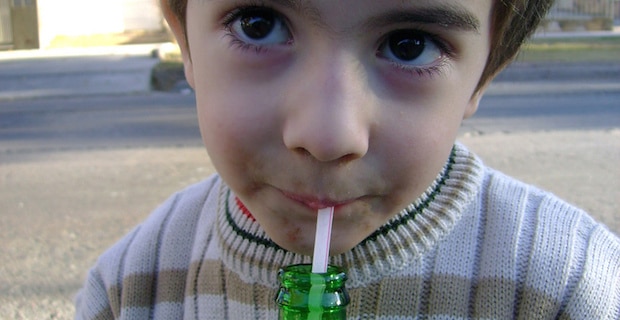 High fructose corn syrup appears to have a role in the development of autism, according to the findings of several research endeavors. It may be no coincidence that the dramatic rise in the autism rate has followed along with the increased availability and consumption of processed foods, harbingers of high fructose corn syrup as well as a wide array of artificial preservatives and other artificial ingredients.

Many parents who have autistic children have explored the impact of diet on the severity of symptoms and behaviors. Two of the more common dietary approaches have been to try gluten-free and/or casein-free diets, and success has been variable and highly individual. Another approach is to eliminate or severely limit the consumption of foods that contain contaminants such a high fructose corn syrup, preservatives, artificial colors, and artificial flavors.

One of the earlier studies to point out a relationship between high fructose corn syrup and autism was published in 2009. The authors noted that food contaminants such as mercury can play havoc with the neurodevelopment and metabolism. In fact, mercury has been shown to elevate oxidative stress and impact neuronal function in kids who have autism. What does mercury have to do with high fructose corn syrup?

This sweetener can contain mercury as a result of manufacturing, and the heavy metal can result in a loss of zinc. This leads to a two no-win situation, since you need zinc to help your body eliminate mercury. Thus high fructose corn syrup, along with other food contaminants, were highlighted for their apparent role in neurodevelopmental disorders such as autism.

A subsequent study more definitively linked the consumption of high fructose corn syrup with autism. The authors of the study, which appeared in Clinical Epigenetics, explained that a prior research team had found paraoxonase-1 gene variants associated with autism in some people in the United States but not in Italy. These earlier authors believed the gene variation was associated with the use of organophosphate pesticides in the United States compared to Italy.

However, the more recent research group believed diet was the key to the difference. More specifically, they conducted an in-depth review of the literature and looked at food supplies and their effect on gene function and metabolism. Here is what they reported:

While it's true the causes of autism have not been definitively identified, environmental contamination in various forms, including diet, appears to play a significant role. High fructose corn syrup is a contaminant that is nearly synonymous with processed, refined foods. Does it contribute to autism? Although the jury is still out on this question, the evidence is damaging. So, too, is high fructose corn syrup, when it comes to health issues from autism and beyond.

[Editor's Note: If you want to eliminate unhealthy ingredients and chemical additives from you and your family's diet for good, click here to sign up for a Naturally Savvy Get Healthy Challenge.]