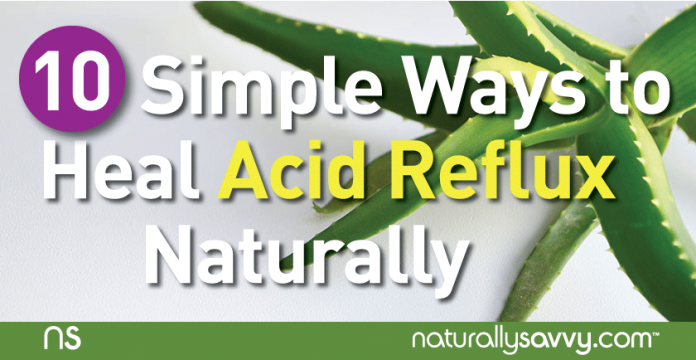 Plenty of ads and commercials, as well as doctors, are quick to recommend a pill to tackle the symptoms of acid reflux and heartburn. As a result, many people have come to accept the very popular medications, known as proton pump inhibitors, as the solution for such gastrointestinal problems. These medications include both over-the-counter and prescription products-Prevacid, Prilosec, and Nexium.

Unfortunately, these medications come with the possibility of serious adverse health effects. Ever since this class of drugs was approved in the 1980s, there have been growing concerns about their safety.

Acid reflux drugs have been associated with:

Chronic kidney disease. New research that followed 17,222 patients who used proton pump inhibitors showed that they had a significantly increased risk of developing chronic kidney disease when compared with individuals who did not use the drugs. Twice daily use posed a higher risk than once-daily use.

Fractures. Numerous studies have shown that the use of proton pump inhibitors is associated with a greater risk of fractures and falling. For example, a 2016 study of 400 elderly women found that use of these drugs “may increase the risk of falls and fractures in older women.” The authors of an earlier meta-analysis reviewed more than 244,000 fracture cases and reported that the use of proton pump inhibitors could increase the risk of hip fracture and spine fracture, and that use of these drugs for less than one year or more than one year was associated with similar risk.

Infections. The use of proton pump inhibitors is associated with an initial occurrence of Clostridium difficile infection, a condition that has serious symptoms as well as significant mortality and recurrence risk. C. difficile is the most common cause of healthcare-related infectious diarrhea. Although traditional risk factors include the use of antibiotics, proton pump inhibitor use has been linked to this infection in a recent study.

Dementia.  A new study suggests that meds commonly used to treat gastroesophageal reflux and peptic ulcers (proton pump inhibitors) may cause an increased risk of developing dementia. This association is especially disturbing because of the rise in dementia (including Alzheimer’s disease) and the fact that more and more older adults are taking proton pump inhibitors

Why You Need Aloe Vera If You Have Heartburn or Indigestion

What is acid reflux?

Acid reflux, aka gastroesophageal reflux disease (GERD) or peptic ulcer disease, is a condition characterized by a burning sensation behind the breastbone (heartburn) that may travel up the throat in the form of an acidic liquid. The pain can be so severe, some people think they are having a heart attack.

Read about 9 ways to chill heartburn

The drugs typically recommended or prescribed for acid reflux block stomach acid, yet acid reflux is usually caused by having too little acid in the stomach rather than too much, which means the medications are not addressing the problem. In fact, acid reflux is usually caused by a hiatal hernia or a Helicobactor pylori infection, although it also can be attributed to the use of certain medications, such as anxiety drugs, antidepressants, antibiotics, blood pressure medications, osteoporosis drugs, and pain relievers. 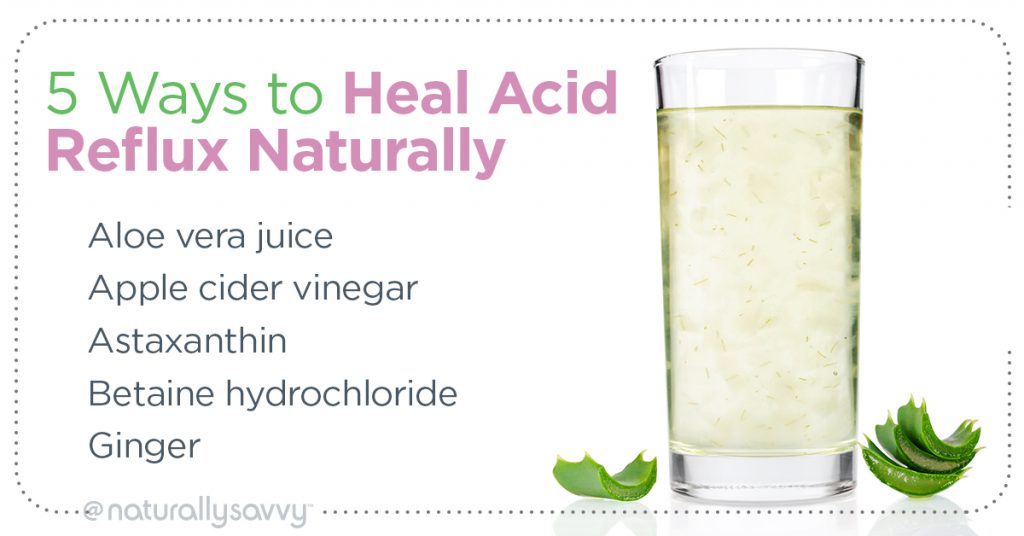 All of the information discussed thus far makes it even more important to turn to natural ways to deal with acid reflux. Fortunately, there are many options from which you can choose.

1. Aloe vera juice can reduce inflammation and facilitate the healing of damaged cells in your digestive tract, thus easing symptoms of acid reflux. Begin by taking one ounce about 20 minutes before meals. You can mix aloe vera juice with a small amount of water. Gradually increase your dose to two to four ounces. Lily of the Desert Aloe Vera Juice contains a concentration of high-molecular weight aloe polysaccharides that maximizes nutrient absorption to aid digestion.

Read about the many healing benefits of aloe vera

3. Astaxanthin is a potent antioxidant that proved better than placebo in patients with indigestion. A daily dose of 40 mg astaxanthin provided significant improvement in reflux symptoms as compared with placebo and 16 mg astaxanthin during the four-week study.

4. Baking soda (sodium bicarbonate) can reduce the burning sensation because it neutralizes stomach acid. Use one-half to one teaspoon of baking soda in 8 ounces of water. This remedy is recommended for occasional use only.

5. Betaine hydrochloride, which is the acidic form of betaine, a vitamin-like substance found in grains and other foods. It can help with digestion and kill H. pylori. Take one or more capsules (325 mg) with a meal that contains protein. Note: take as directed by your health care practitioner if you have gastritis or an ulcer.

6. Ginger has been used since ancient times to treat gastrointestinal problems. More recent studies have shown it can block acid and suppress H. pylori. To use ginger, add two or three slices of fresh ginger root to 16 ounces of hot water and allow to steep for 30 minutes. Drink the tea about 20 minutes before your meal.

7. Glutamine, which is an amino acid that is found in many foods, including eggs, dairy products, chicken, fish, and some fruits and vegetables. In supplement form, look for L-glutamine, a biologically active isomer of the amino acid, which can help repair damage caused by H. pylori. Take as directed.

8. Probiotics, especially Lactobacillus acidophilus, can help support and maintain a healthy microbiome environment in your digestive system. Taking a probiotic supplement as well as including probiotic-rich and fermented foods in your diet, can both prevent and reduce symptoms of acid reflux.

9. Slippery elm is an herbal remedy that contains antioxidants that can ease inflammation and also soothe the digestive tract. This remedy also helps increase the secretion of mucus, which protects your GI tract against damage. You can use slippery elm as a tea (steep 4 grams of powdered slippery elm bark in 16 ounces of boiling water for 3 to 5 minutes and drink three times daily), tincture (5 milliliters three times daily), or capsule (400-500 mg three times daily for 4 to 8 weeks).

10. Avoid drinking with your meals. This includes water, liquor, juice or milk. Too much liquid with your meals dilutes digestive juices, which will cause food to pass through the stomach more slowly, creating indigestion. A bit of water with your meals will help the food to mix together in the stomach, but make sure it is room temperature or warm, not ice water, and keep the amount to less than one-third cup. Drink water between meals – 20 minutes before or 90 minutes after for optimal digestion. Some people are able to drink a bit of wine with their meals without any digestive upset, however, this does not work for many. If you have any gas, bloating, burning, or reflux symptoms, drinking less with your meals and sticking to water is a simple and effective way to optimize digestion.

Editor's Note: We like Lily of the Desert's Preservative Free Aloe Juices.

Digestion and Detox: How to Do Them Right

Mercola.com 15 natural remedies for the treatment of acid reflux and ulcers

Thaler HW et al. Association of proton pump inhibitor use with recurrent falls and risk of fractures in older women: a study of medication use in older fallers. Journal of Nutrition, Health and Aging 2016; 20(1): 77-81