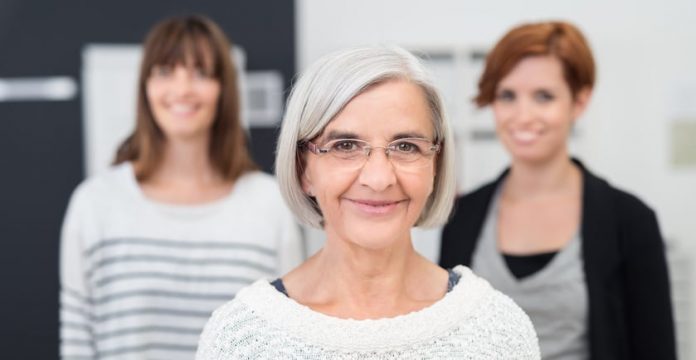 Of the four blood types-A, B, AB, and O-one seems to protect against the development of Alzheimer's disease. That's the finding of a new study from the University of Sheffield in the United Kingdom.

Although all human blood looks alike and is composed of the same basic elements, there are eight different common types that are determined by the presence or absence of certain substances. Those substances are called antigens-A and B-which can set off an immune response if the body determines they are foreign agents. That's why it's critical during blood transfusions to be sure the recipient gets the right type of blood.

The reasons there are eight different blood types is that each of the four can be either Rh negative or Rh positive. Rh is a third type of antigen that can be present or absent.

At the University of Sheffield, the researchers determined that people who have O blood type are protected against the development of Alzheimer's disease because they have more gray matter in their brain when compared with people who have any of the other three blood types. Type O is the most common blood type, and the percentages differ among populations: 45% of whites, 51% of African Americans, 57% of Hispanics, and 40% of Asians have type O blood.

The scientists reached their conclusion after evaluating 189 magnetic resonance imaging (MRI) scans from healthy volunteers. They looked at their gray matter volume and did a comparison among individuals with different blood types. Individuals with O type blood had a greater volume of gray matter in the posterior section of their cerebellum while people with other blood types had less gray matter volume in the limbic and temporal areas of the brain, including the left hippocampus. This latter section is damaged during the early stages of Alzheimer's disease.

Previous research has shown that normal aging is associated with a decline in gray matter in the frontal, temporal, and parietal regions. Declines in gray matter specifically in the hippocampus and entorhinal cortex has been seen in people with Alzheimer's disease.

According to the authors of the new study, blood types are involved in the development of the nervous system and may increase the chances of experiencing a decline in cognitive function. As individuals get older, the difference in gray matter between blood types intensifies.

Read about pesticides and Alzheimer's disease

Naturally, you cannot change your blood type. However, there are other steps people can take that may help prevent or delay Alzheimer's disease. According to the Alzheimer's Association:

• Follow a healthful diet. Both the Mediterranean diet and the DASH diet have been studied and recommended. Both emphasize fruits and vegetables, whole grains, fish (rich in omega-3 fatty acids), legumes, and nuts, and limited red meat.

• Participate in regular exercise. A minimum of 150 minutes of moderate exercise is recommended weekly.

• Maintain social connections. Communicate with family and/or friends every day. Attend family and social functions whenever possible and avoid isolation.

• Protect your head. Serious head trauma can increase the risk of developing Alzheimer's disease. So wear a seat belt, make your home fall-proof, and don a helmet when riding a bike or participating in sports that may result in injury.