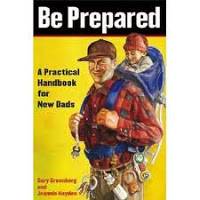 This week I've been featuring guest posts by single mom writers I respect, who engage me in some way and who speak from the heart and gut. It would only be fair of me to now flip the coin over at and explore the daddy view. I'm all about fair play. Well, except when playing pool. I do like dirty pool.

The truth is most single dads get a bad rep solely based on a few, or more than a few, slackerasses. Truth be told good fathers outnumber the bad.  I can't help but believe that good is the norm but sadly we focus on the bad, it's more entertaining, and I'm guilty of that myself.

I gave my buddy Todd over at I Used To Have Hair his Single Mom – Single Word assignment and yet again I received a post back that nailed it. And he doesn't even have a vagina.

I think it’s pretty safe to say that there are a lot of preconceived notions on what makes up a single dad. I’d like to firmly believe that it’s a matter of a few bad apples spoiling it for the rest of us.  I don’t know if that’s 100% accurate, but it’s something I tell myself in order to sleep better at night (okay…maybe not but I was looking for a dramatic opening).

Deadbeats. Bad role models. Never around. Won’t pay child support. Don’t know what they’re doing. Only interested in themselves and whatever new floozy they happen to be with on that particular weekend.

These, I believe, are misconceptions that all single fathers have to deal with on a daily basis. And these misconceptions not only come from the mothers of our kids, but they are also the general public’s perceptions of us.  The public, at large, has been taught that single fathers who actually care for and look after their children are a rare breed.

I, for one, have had to overcome some of those misconceptions from my own ex-wife.  She never thought I would be able to look after our son in a way that she saw fit.  In her eyes, I wouldn’t be able to handle him crying or adequately feed him or ensure he got enough sleep every night.  This was actually in spite of the fact that I already had an eight-year-old daughter at the time from a previous relationship and she was turning out quite nicely.

It took a couple of years, but eventually she came to not only admit that I was a good father to our son but had actually exceeded her expectations as a parent.