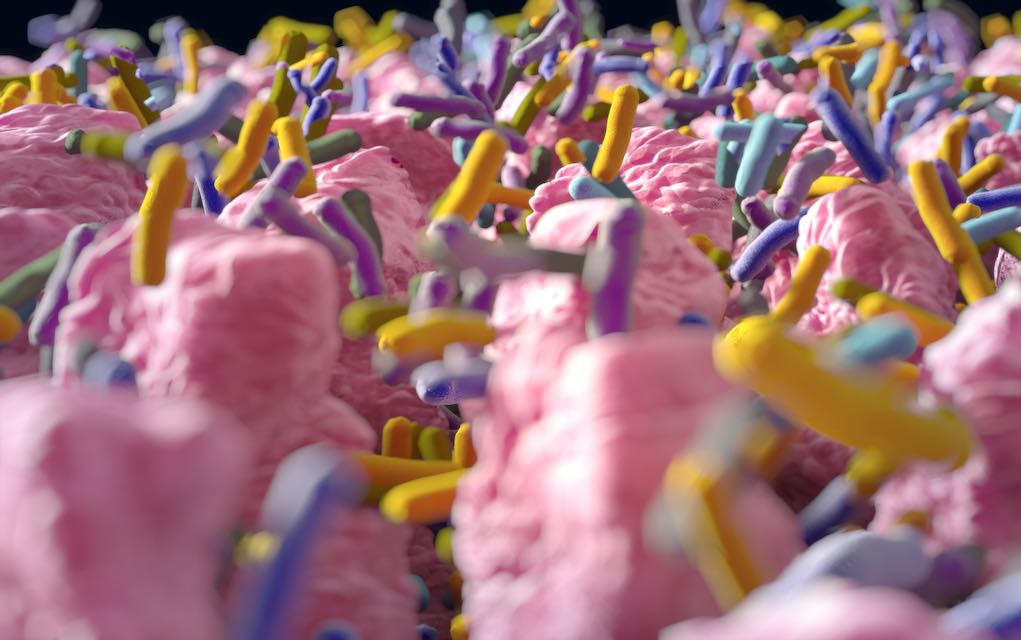 The media has been all abuzz about the gut-brain connection for the past few years, and for good reason. There is a lesser known nervous system that exists in our gut, and it has been called the second brain. That’s because this second brain communicates with the brain in your head, and the phrase “two heads are better than one” phenomenon is real and plays a significant role in psychological and physiological health.

You may be familiar with the intimate link between gastrointestinal (gut) problems and stress, which has been associated with dozens of health issues ranging from constipation and diarrhea to inflammatory bowel disease, migraine, and indigestion. But scientists are discovering even more about the gut-brain connection, and it’s pretty cool.

Read more about the gut-brain axis: the connection between brain health and your gut

What’s new in the gut-brain connection

Recently, scientists have noted that high intake of salt in the diet can result in changes in the immune environment in the gut. Since the gut-brain connection is so strong, this connection suggests immune signals from the gut can have an impact on the blood vessels in the brain, which ultimately can lead to damage to the brain and cognitive problems.

At the same time, investigators have found that too much sodium (salt) may have a negative effect on brain health by impairing the brain’s blood vessels regardless of how it affects blood pressure. To be more specific (and scientific), this means that excess salt intake has been shown to expand TH17 cells in the small intestine (gut), causing a rise in interleukin-17. Circulating IL-17s then suppress brain blood flow and endothelial function (the endothelium is a membrane that lines your blood vessels), which can lead to cognitive impairment (brain).

So far this phenomenon has been studied in mice. However, it may help explain previous research findings that high salt intake has been associated with an increase in cerebrovascular disease and the risk of dementia.

Read about gut health 101: what you need to know

Another new study explored the idea that the gut bacteria in individuals with Parkinson’s disease, which is classified as a neurodegenerative condition, is correlated with the severity of the disease and a worse prognosis. This indicates that the connection between what’s happening in the gut has a direct impact on the brain in individuals living with Parkinson’s disease. In fact, it’s been estimated that up to 80 percent of patients with the disease experience gastrointestinal problems, especially constipation.

One factor that may play a role in the gut-brain association in Parkinson’s disease is that individuals with the disease have been shown to have a 77.6 percent reduction in the level of bacteria in the Prevotellaceae family when compared with controls. These microorganisms are nonharmful bacteria that reside in the colon and help break down food. Investigators are looking into whether this low amount of these bacteria is important or whether a high level could protect against Parkinson’s disease.

Another area of research has been around anxiety. One neurotransmitter GABA can help calm an over-excited brain. The lactobacillus strains help balance our this overactivity and are helpful with anxiety and other conditions like insomnia.

The gut-brain connection remains one of the more fascinating and unexplored topics of human health. These are just a few of the continuing explorations into the possible benefits and revelations we can gather from further research.

[Editor's Note: As Registered Holistic Nutritionists, probiotics are a primary supplement we recommend. We are especially fond of the products from Bio-K+ because they are research backed, high quality, and from first-hand experience, we know they work.]

Colostrum, the Miracle Food You Haven't Heard About