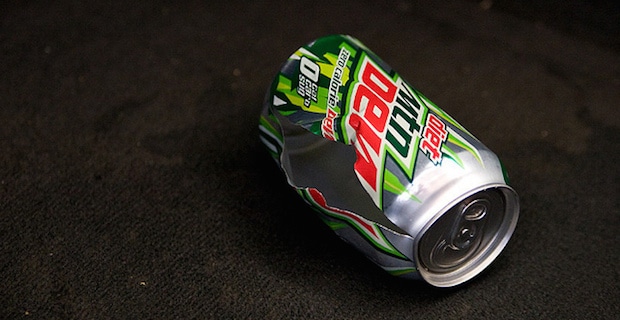 The manufacturers of sodas with artificial sweeteners market, brand and label them as “diet” beverages. One consumer group thinks that may violate federal laws against deceptive, false and misleading advertising.

That consumer group is U.S. Right to Know (USRTK) and it is asking soda manufacturers to consider the truthfulness of advertising sodas sweetened with artificial sweeteners as diet products. USRTK sent letters to the chief executive officers of Coca-Cola Co., PepsiCo Inc. and the Dr Pepper Snapple Group. In a letter to the U.S. Federal Trade Commission (FTC), the USRTK stated that the use of the term “diet” in advertising artificially sweetened sodas “appears to be deceptive under section 5 of the Federal Trade Commission Act.”

Beyond the deceptiveness of the term “diet,” artificially sweetened sodas are not something that should be a part of a healthy eating plan. There are three reasons why we should all just say no to diet sodas.

1. Diet sodas may cause health problems.

Studies have linked drinking diet sodas with a slew of health problems. One study found that diet soda consumption may alter intestinal microbiota, beneficial gut bacteria. The changes in gut bacteria caused by diet sodas can lead to glucose intolerance. A previous study found that the artificial sweetener sucralose altered the gut microbiome of rats.

2. Diet sodas may bring on the blues.

Depression is one of the most common mental disorders in the U.S., according to the National Institute of Mental Health. There are various causes of depression and consumption of diet sodas could be one of them. A 2013 study found a link between diet sodas and an increased risk of depression among adults. From 1995 to 1996, researchers evaluated the consumption of certain drinks, including diet sodas, among 263,925 adults 50 to 71 years old. About a decade later, researchers asked participants if they had been diagnosed with depression since 2000. They found that 11,311 depression diagnoses were made.

The risk of depression among people who drank sodas in general was 30 percent higher and the risk appeared to be greater for those who drank diet sodas. Author of the study, Honglei Chen, MD, PhD, with the National Institutes of Health in Research Triangle Park in North Carolina, said that the research “suggests that cutting out or down on sweetened diet drinks or replacing them with unsweetened coffee may naturally help lower your depression risk.”

3. Diet sodas may cause you to gain weight.

Drinking diet sodas just won’t help with weight loss, as a 2009 study shows. Other studies have found that diet sodas cause weight gain. Here is a summary of several studies:

The reason why diet sodas are associated with weight gain is that they may cause you to eat more. A 2014 study found that overweight and obese adults in the U.S. who drink diet sodas “consume significantly more calories from solid food.”

[Editor's Note: If you want to eliminate unhealthy ingredients like artificial sweeteners from your diet for good, click here to sign up for Naturally Savvy's Artificial Sweeteners Get Healthy Challenge.]