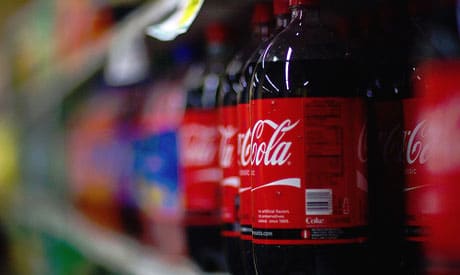 Americans of all ages are drinking the equivalent of a can of soda a day on average, a new study finds. The study also found that Americans are drinking slightly fewer sugar-sweetened beverages (SSBs) than in previous years.

Researchers looked at data from about 51,000 children, teens and adults who participated in a National Health and Nutrition Examination Survey (NHANES) between 1999 and 2010, and reported what they drank and ate during a 24-hour period. The researchers found that youth ages two to 19, on average, drank 68 fewer calories from SSBs by the end of the 12-year period. The researchers also found that adults were drinking 45 fewer calories from SSBs.

The SSBs included soda, fruit drinks, sports and energy drinks, and sweetened coffee and tea. Sodas made up the largest category of SSBs that Americans drink, and they also accounted for the largest decline in calories. The second largest category was fruit drinks, which also declined in calories. The amount of calories from sweetened coffees, sports and energy drinks increased during the study period.

Read more about the dangers of soda

About one-third of 2 to 19 year olds said they didn't drink any SSBs, but one-third said they drink one SSB a day, and the rest said they drink two or more SSBs a day. The percentage in each category decreased slightly over the 12-year period. The one adult age group not drinking fewer SSBs was the 40 to 59 year olds.

SSBs are the largest source of added sugars in the diet of U.S. children, according to the Centers for Disease Control (CDC). Consumption of SSBs increases caloric intake, which contributes to obesity among children. Childhood obesity has more than tripled in the past three decades. Obesity among children ages 6 to 11 years old increased from 6.5 percent in 1980 to 19.6 percent in 2008. Among adolescents ages 12 to 19 years, obesity increased from five percent in 1980 to 18.1 percent in 2008.

The CDC points out that because children spent a significant part of each weekday in school, making sure that healthy choices are available (and less healthy choices are not), at school is important to reduce SSB consumption. In fact, the CDC goes as far as stating, "Implementing school policies restricting access to sugar-sweetened beverages is an especially important public health strategy for addressing childhood obesity and improving students' nutritional health."