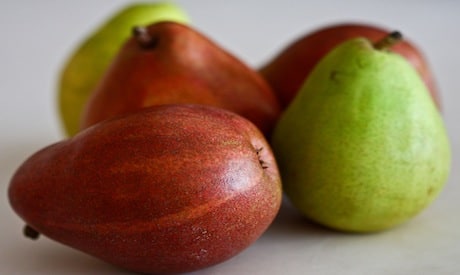 The European Food Safety Authority (EFSA) says that two neonicotinoid insecticides, acetamiprid and imidacloprid, may affect a developing nervous system, in a recent report. The EFSA experts recommend further research on developmental neurotoxicity and guidance levels for acceptable exposure be lowered while more research is being carried out.

The European Commission requested EFSA’s opinion on research conducted on the two pesticides. The EFSA specifically found that the two pesticides may harm the development of neurons and brain structures associated with certain functions like learning and memory. The EFSA concluded that the current guidance levels for acceptable exposure to acetamiprid and imidacloprid may not be enough to protect against developmental neurotoxicity, and recommend that they should be lowered.

The Environmental Working Group (EWG) thinks that parents should be outraged, “For years, children in the U.S. have been eating foods contaminated with these two pesticides even though there was little or no research to prove that they wouldn’t harm children’s health,” said Ken Cook, EWG’s co-founder and President. Cook added that the news about EFSA’s recommendations on the two pesticides is proof that parents are wise to “follow the old adage, ‘don’t panic, buy organic.”

If neonicotinoids sound familiar, it’s because experts on both sides of the proverbial pond believe neonicotinoid pesticides are contributing to the deaths of honeybee colonies in the mysterious condition known as Colony Collapse Disorder. The Environmental Working Group (EWG) cites data from the USDA, which found that between 2006 and 2011 about 22 percent of the conventionally grown produce samples tested had traces of imidacloprid, including the following produce:

The USDA also detected acetamiprid on 10 percent of the produce samples tested, including: