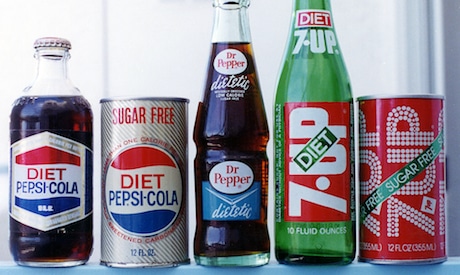 The National Health and Nutrition Examination Survey from 2010 revealed that women between 40-59 years old consumed the most diet soda out of anyone else in the United States. Approximately 20% of the population drinks diet sodas and this has increased since 1999. This is not surprising since the diet industry brings in 10 billion dollars per year. However, being on a diet does not mean you need to drink diet soda. Here are five reasons to stop drinking diet soda immediately:

1. Diet soda does not help with weight loss

Contrary to what the diet industry tells consumers about diet soda, according to Dr. Mercola's article, "Are Diet Sodas Making You Fat," diet soda has been shown to increase dieters' waist sizes by 70 percent percent compared to people who do not consume diet drinks. Even so, the general consensus seems to be that diet drinks are an accepted indulgence for dieters. In other words, you think that you’re “cheating” without any consequences. Unfortunately, diet drinks may be the worst thing to choose when on a diet plan. Take heart – there are still ways to drink something sweet without compromising your health. It just doesn’t include drinking diet soda.

Aspartame health risks are well known. There is widespread information about the adverse reactions people have to this brain toxin, yet so many people still drink diet soda. As a reminder, aspartame side effects include, but are not limited to diarrhea, memory loss, hives, convulsions and behavioral changes (see Unjunk Your Junk Food for more information). The high consumption levels of diet soda may be due to the continuous advertising stream of diet drinks; most commercials show happy and thin people having lots of fun!

Since a diet soda tastes sweet but has no calories, this is confusing to the body. The sweetness stimulates your body to want the calories and when you don’t get it from the zero calorie soda, you eat a donut instead. Some people may be thinking that they can’t control their cravings, but maybe it's the chemicals in diet soda that are programming them to eat junk. Imagine if you really didn’t have so many cravings? To boot, a new study published in the American Journal of Clinical Nutrition suggests that women who drink large amounts of soda are at increased risk for Type 2 diabetes.

Why add a host of chemicals to your body in exchange for sugar? Consuming a little bit of real sugar once in a while would be a much kinder choice to the body than inundating your cells with a slew of chemicals on a daily basis.

The principle of balance comes into play here: in moderation it would be alright to eat your favorite cookie at Starbucks. Just continue with your healthy eating plan after that and let go of the guilt and fear. If we could just remember that we may have a craving or a desire for something sweet, but as long as we understand that it’s a treat and not a part of our daily regime, that’s a sensible way to live. Enjoy your occasional sweet craving. Don’t be fooled into believing that you can consume a “fake” cola because there is nothing fake about it-the chemicals and harmful ingredients are very real. Try real fruit juice or a fancy mocktail blended with ice once in a while too!