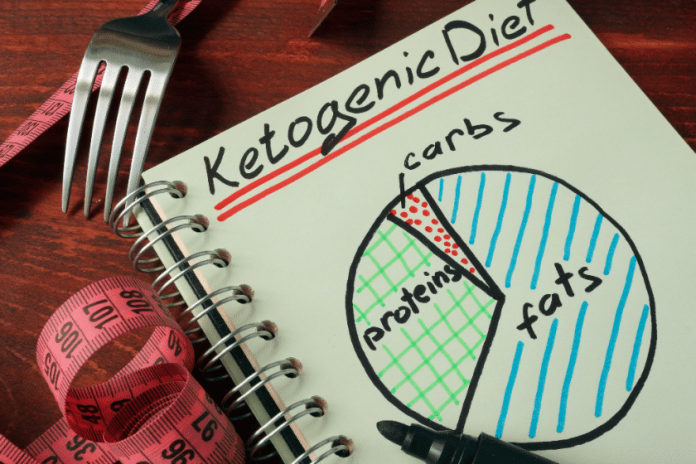 It's been said that the ketogenic diet is one of the rising dieting trends for 2017, so it's a good time to take a closer look at this controversial approach to eating. One reason for the controversy is that the diet is based on very high-fat intake along with moderate protein and very low carbohydrates, similar to but more dramatic than the Atkins diet. The ketogenic diet was originally used during the 1920s and 1930s to help treat people with neurological diseases, such as epilepsy, and it is still sometimes used for that purpose (and others) today.

What is a ketogenic diet?

Basically, the ketogenic diet involves eating fat (preferably high-quality, medium-chain triglycerides, MCTs; aka medium-chain fatty acids or MCFAs) at a rate of about 4 grams of fat for every 1 gram of protein or carbohydrates. A sample ketogenic meal contains 75 percent fat, 20 percent protein, and 5 percent carbs. MCFAs are absorbed more easily than other fats. The best sources are MCT oil, coconut oil, palm oil, and some dairy foods (e.g., butter, whole milk cheeses) that is made using milk from grass-fed cows.

The acceptable foods of a ketogenic diet are limited. For example:

These limitations, as well as some of the side effects associated with the diet, make it a challenge for many people to remain on this plan for very long.

Benefits of a ketogenic diet

People who follow this eating approach enter a state of ketosis. A body in ketosis burns consumed fat rather than carbs for energy. Following a ketogenic diet has been credited with weight loss if individuals cut calories as part of their plan, because then the body also burns stored body fat. Adding exercise to the equation can improve your chances of losing weight while on this diet.

A ketogenic diet also has been shown to be beneficial for managing certain neurological conditions, such as multiple sclerosis, Parkinson's disease, Alzheimer's disease, and epilepsy, as well as traumatic brain injuries. The main reason such a high-fat diet is beneficial is that healthy fats such as MCTs nourish the brain and promote brain function.

Read about the ketogenic diet and its role in cancer recovery

Disadvantages of a ketogenic diet

Ketosis is not all good, however, and can be detrimental to your health in the long run. If you focus on eating lots of high-fat foods that are low in carbs and protein, such as egg yolks, butter, and lard, you can increase your risk of cardiovascular disease. High-fat diets also have been associated with damage to brain cells involved with weight control.

In a 2016 Swedish study, investigators evaluated the impact of a high-fat, low-carb diet on mice who followed the diet for four weeks. Compared with mice who consumed a normal diet, those on the ketogenic plan showed a similar increase in body weight, but there were some disturbing findings.

Other side effects associated with a ketogenic diet include:

Is a ketogenic diet for you?

In addition to the aforementioned neurological conditions, a ketogenic diet also has been used to help people with cancer. If you or a loved one has any of these conditions, you may be thinking about whether a ketogenic diet could be beneficial. However, because of the potential nutritional risks and side effects, no one should embark on a ketogenic diet without first discussing it with a knowledgeable healthcare provider and thoroughly understanding the consequences of this way of eating.

[Editor's Note: Digestive enzymes help us break down and absorb more nutrients from our food. Our sponsor Pure Essence had a line of digestive enzymes specifically formulated by the style of eating you choose. Explore their Real-Zymes Keto and learn more.]