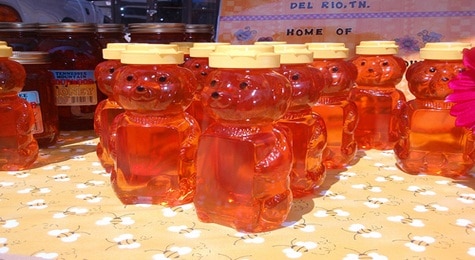 When you buy a bottle of honey, it should contain only one ingredient – honey. Unfortunately, that may not always be the case. A study found that honey is among the top ingredients for food fraud. The study was compiled by the U.S. Pharmacopeial Convention (USP), which recently added close to 800 new records to its Food Fraud Database – that's an increase of over 60 percent since 2010. The other top ingredients include olive oil, milk, saffron, and coffee, tea, fish, clouding agents and black pepper. USP researchers also found that milk, vegetable oils and spices were among the top food fraud categories. The ingredients which appeared most frequently on the list were milk, fish, turmeric, chili powder, and cooking oil followed by shrimp, lemon juice and maple syrup.Read more about turmeric

USP defines food fraud as the "deliberate substitution, addition, tampering or misrepresentation of food, food ingredients or food packaging, or false or misleading statements made about a product for economic gain."

Food fraud is an issue worldwide. According to Food Business News, "The database includes examples of watered-down and urea adulterated fluid milk in India, dilution of milk powder with fillers such as maltodextrin in South America and replacement of milk fat with vegetable oil in South America. China had a food fraud problem with 'gutter oil,' or waste oil repurposed as cooking oil".

Food fraud is nothing new, as Dr. Jeffrey Moore, senior scientific liaison for USP and the database's creator and lead analyst, points out. However, Moore added that "we suspect that what we know about the topic is just the tip of the iceberg."

The fact that fraudulent food claims even exist (and that most consumers are unaware of them), makes the USP's database all that more important. The very reason that the USP created it was to "shed some light on this largely uncharacterized space by collecting and analyzing the fragmented information in the public domain reported by scholars, regulators and media," as Moore stated.Read more about going organic

What can you do to protect yourself from food fraud? CNN's blog, Eatocracy, lists several ways. The suggestions include purchasing a "whole alternative" versus a diluted version. For example, buy limes and lemons instead of their juice. Another suggestion is to "buy from reputable sources and brands you trust." In other words, do your research about a company if you are unfamiliar with it or its products. Be an informed consumer.