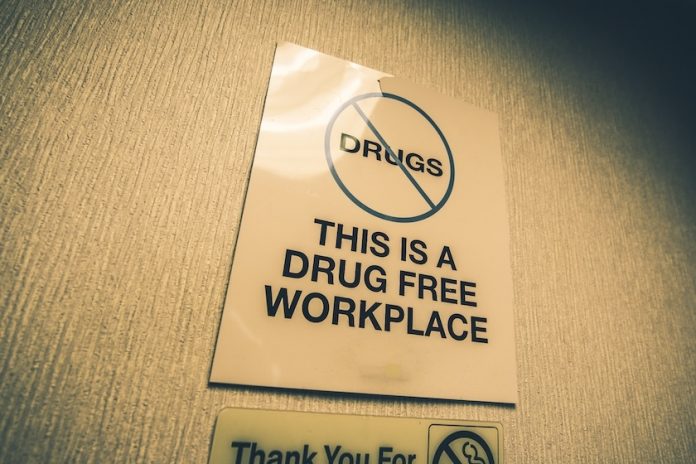 Drug testing has become common in many workplaces, and mandatory for those in federal positions, law enforcement, aviation, health and emergency medical care, and athletics (particularly those tested for banned substances). What many CBD users don’t realize is that trace amounts of THC (the psychoactive compound in cannabis) can be found in CBD products, posing a potential risk of a positive drug test.

So, what do you do if you’re drug tested in your profession, but still want to experience the health benefits of CBD? You can either avoid the substance altogether or you can take a safe CBD alternative that works on your endocannabinoid system better than CBD alone.

How the Endocannabinoid System Works

First, it’s important to understand the endocannabinoid system or ECS. You may be familiar with this relatively new term but still confused about what it is exactly. The endocannabinoid system is 600-million-years old, but only recently discovered in the late ’80s by a scientist researching the cannabis plant. What researchers found was an intricate and intelligent receptor-site system located throughout the body that’s responsible for regulating sleep-wake cycles, mood, anxiety and stress, metabolism, energy, pain and inflammation, brain health and much more.

Learn more about the endocannabinoid system

While it has nothing to do with getting “high," the ECS is an incredibly important system that plays an integral part in the regulation, maintenance, and balance of optimal health and healing. “The ECS with its actions in our immune system, nervous system, and all the body's organs, is literally a bridge between body and mind,” says Dustin Sulak, DO.

How CBD Affects the Body

Now that you know a little more about how the ECS works, let's dive into how CBD interacts with this system and affects the body. Your endocannabinoid system requires “activators” called cannabinoids. Some cannabinoids are produced naturally in your body, called endocannabinoids and others are derived from plants (like hemp or cannabis) called phytocannabinoids. These cannabinoids bind to receptor sites (CB1 and CB2) like a key does to a lock and may release an intricate cascade of neurotransmitters that communicate vital information to cells, tissues, organs, and glands critical to maintaining optimal health and homeostasis. However, scientists have discovered hundreds of non-cannabis and non-hemp plants that also contain healing phytocannabinoids that can activate and support the endocannabinoid system. This means you can achieve the same results with other options.

Did you say Non-Cannabis Cannabinoids?

Yes, that’s right. And you may already be familiar with some of these non-cannabis plants such as ginger, echinacea and clove oil. Non-cannabis plants can mimic the activity of cannabinoids but have a different structure called cannabimimetic compounds and may be more effective at activating the endocannabinoid system than CBD alone. This is especially great news for individuals who are unable to take CBD or who want to avoid the stigma of cannabis and hemp.

So, what are the names of these non-cannabis cannabinoids?

Here’s a short list of some of the most powerful herbs and botanicals containing phytocannabinoids that can play a key role in your health.

Read more about the health benefits of ginger

Sign up for our newsletter, to receive more healthy living information.

Beckett A. 9 plants that contain therapeutic cannabinoids (other than cannabis). Marijuana.com 2017 May 16

Emerald Health Bioceuticals. The healing and pain-relieving power of clove oil. 2017 May 25