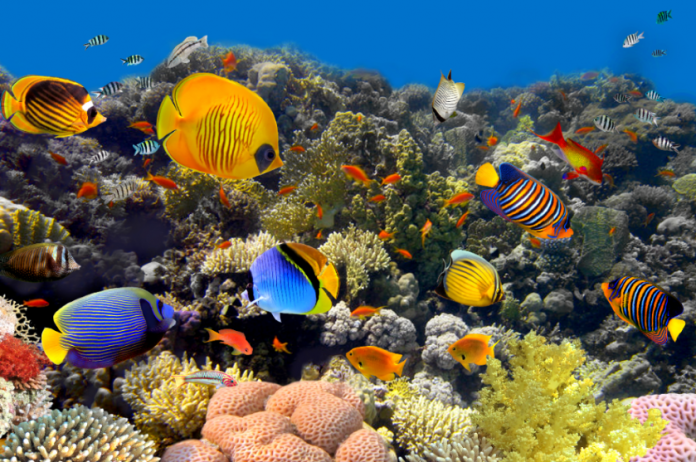 Update: Since the sunscreen ban was announced in Hawaii, the city of Key West has joined in the efforts of protecting marine ecosystems by banning the use of sunscreens containing oxybenzone and octinoxate. Consumers won't even be able to purchase these products in the city limits. Thanks to everyone who has been involved in spreading the message about mineral based sunscreens as an environmentally and physically safe alternative. We're sure other places around the world will also be passing bans. Stay tuned.

Hawaii Governor David Ige signed a bill into law which bans the sale and distribution of sunscreens in the state containing the chemicals, starting January 1, 2021. Both chemicals harm marine ecosystems, including coral reefs. The law is the first of its kind in the world. The law excludes prescription sunscreens that contain oxybenzone and octinoxate.

A press release by State Senator Mike Gabbard, who introduced the bill into the state senate, states that the reason for the delayed effective date is “reformulation of sunscreens that are free of oxybenzone or octinoxate, but are also effective in preventing skin cancer.”

Smithsonian’s National Museum of Natural History characterizes coral reefs as the “most diverse of all marine ecosystems,” possibly containing one-quarter of the world’s ocean species that depend on reefs for food and shelter. They cover less than one percent of the world’s surface and less than two percent of the bottom of oceans.

Studies have shown that oxybenzone and octinoxate have harmful impacts on Hawaii’s marine ecosystems, including coral reefs. A 2008 study found that chemicals in sunscreens “cause the rapid and complete bleaching of hard corals, even at extremely low concentrations.” A 2015 study looked at the effects of oxybenzone on the coral reefs. What the researchers discovered is that the chemical contributes to coral bleaching and concluded that it “poses a hazard to coral reef conservation and threatens the resiliency of coral reefs to climate change.”

Just one drop of oxybenzone can kill coral reefs

“A single drop of oxybenzone, one of the sunscreen chemicals included in Hawaii’s ban, can kill the coral reefs in an area the size of 6.5 Olympic-sized pools,” Nova Covington, Founder and CEO of Goddess Garden, told Naturally Savvy. “Every bottle of reef-safe mineral sunscreen a person uses instead of a chemical one has the potential to protect 684 million gallons of water for the reefs.”

Once the company started investigating the chemicals approved by the U.S. Food and Drug Administration for use in sunscreen, they discovered the “enormous impact these same chemicals had on the reefs and other marine life,” said Covington. She added that Goddess Garden has been “educating on this issue and participating in sunscreen trade-ins for years, but the ban on oxybenzone and octinoxate highlighted the problem-and the easy solution-in a much larger way than we could do by ourselves.”

Goddess Garden Organics, maker of natural mineral sunscreens and other natural skin care and personal care products, has played a role in Hawaii’s legislative ban on oxybenzone and octinoxate. The company helped by providing testimony in support of the bill in 2017, and writing to state senators and representatives urging them to support the bill.

The Caribbean island of Bonaire, a municipality of the Netherlands near the Venezuela coast, is following in the proverbial footsteps of Hawaii. The island’s council voted unanimously to ban sunscreens containing oxybenzone and octinoxate. The ban will take effect on January 1, 2021.

Tips for Taking Care of Your Skin This Summer

Cleaning Products and Your Skin

What is a Jade Facial Roller, The Benefits and How to Use It.