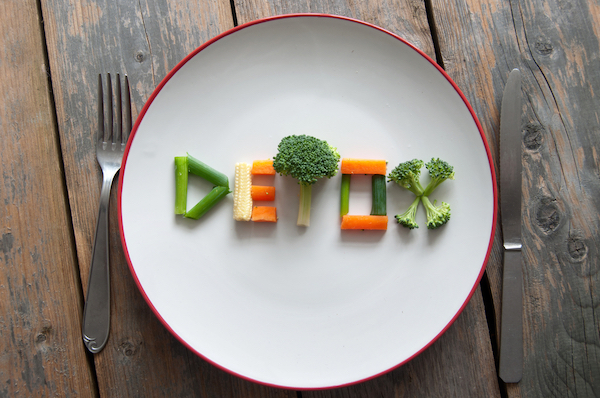 What you can’t see can harm you, and that’s especially true when it comes to radiation. Although sunlight delivers ultraviolet rays that can damage the skin, the type of radiation we’re most concerned about here is radiation from unnatural sources. The exciting news is that we’re going to discuss how you can detox from radiation from these and similar sources using certain foods.

Radiation is the energy that travels through space and has the ability to penetrate various materials. Two types of radiation are non-ionizing, such as radio waves, microwaves, and light. The other type, ionizing radiation, is so named because it can produce charged particles (unstable atoms) called ions in matter, including the human body. Unstable atoms have excess energy, mass, or both, and can cause cells to die, become damaged, or mutate and become cancerous. Ionizing radiation is the focus of our discussion.

Radiation can destroy nutrients in the body, including vitamins, essential fatty acids, neurohormones, and calcium. When the body is deficient in calcium and other minerals, it more readily absorbs radioactive substances that are similar structurally to these nutrients. Therefore, it’s critical to avoid exposure to this threat.

According to the National Council on Radiation Protection and Measurements (NCRP), the average dose of radiation a person receives in one year in the United States is 6.2 millisieverts (620 millirems). A dose is the amount of radiation absorbed by the body.

Where does radiation come from?

Besides the sun, we are often exposed to other sources of radiation that we don’t think about. For example, did you know you are exposed to a small dose of ionizing radiation from radon, a radioactive gas that is emitted from water, soil, rocks, and building materials because of the natural breakdown of uranium in these items? When you buy a home, radon exposure is typically checked during a home inspection. The extent of exposure depends on several factors, such as altitude and the efficiency of your home ventilation system. You can put a radon detector in your home to keep track of your exposure.

Perhaps another source of radiation that comes to mind is from medical scanning. Generally, the proportion of radiation that you can get from medical sources, including diagnostic X-rays, CT scans, and radioactive compounds (radiopharmaceuticals) is 21 percent of our total exposure. However, in industrialized countries where there’s better access to medical imaging, the percentage can be as high as 50 percent.

Here’s what happens. When the ionizing radiation passes through your body from X-rays or other sources, they cause electrons to be ejected, which leaves behind positive ions (free radicals). These positive ions can damage DNA and result in pre-cancerous or cancerous activity.

Other sources of radiation

Other sources of radiation in the environment include flying, televisions, cell phones, smoke detectors, luminous watches, combustible fuels, ophthalmic glass used in eyeglasses, fluorescent lamp starters, and tobacco. You also may be exposed to nuclear power activity, such as uranium mining and processing, the fallout from nuclear weapons testing, and reactor accidents. The amount of radiation you could receive from flying from the east to the west coast (or vice versa) of the United States, for example, is less than that from one chest x-ray, or 0.035 mSy.

Read about detox the body of radiation naturally

Use foods and nutrients to detox from radiation

Generally, you should always focus on fresh, organic foods whenever possible and avoid processed, sugary, and/or fatty foods, red meat, caffeine, and homogenized milk. More specifically, the following foods and nutrients can be beneficial when detoxing from radiation and balancing your body chemistry. It’s suggested you include these foods in your diet on a regular basis, and more so if and when you are exposed to additional (man-made) radiation.

Miso: This naturally fermented food made from soybeans, barley, or rice can help neutralize radiation and environmental pollution. Miso is also a great source of whole protein and aids digestion.

Fermented foods: Enjoy fermented foods such as yogurt, kefir, unprocessed cheeses, and unprocessed sauerkraut, which provide billions of friendly bacteria that can destroy harmful bacteria in your intestinal tract.

Cruciferous veggies: The vegetables in this classification contain substances that have antiradiation properties. Members of this class include broccoli, cabbage, turnips, Brussels sprouts, cauliflower, and kale, among others.

Teas: Both black tea and thyme tea can help protect against radiation. You can steep one tablespoon of thyme per 16 ounces of hot water for 20 minutes to make an anti-radiation tea.

Calcium and magnesium: These two minerals work together to strengthen bones and teeth, but they also have a role in radiation protection. Calcium, for example, may prevent precancerous cells from developing into cancer as well as protect against radioisotopes. Cruciferous vegetables, leafy greens, fish with bones (e.g., sardines), nuts, pumpkin seeds, soybeans, and fortified orange juice are good sources of these minerals.

Chlorophyll: Foods rich in chlorophyll or chlorophyll supplements can help clean, detoxify, and heal inflammatory conditions, suppress bacterial growth, and inhibit radiation and the activity of many cancer-causing substances. Barley grass as well as chlorophyll and chlorella supplements fit the bill. The former contains many essential nutrients, amino acids, essential fatty acids, and enzymes. Add them to a smoothie to disguise the flavor. Chlorella has more chlorophyll than barley, and it contains some higher levels of beta-carotene, the B vitamins, inositol, and vitamin C. You can get chlorella in pill form.

Grape seed extract (Pycnogenol): This potent antioxidant belongs to a class called proanthocyanidins, which are helpful in counteracting radiation, pollution, and stress. It’s available as a supplement.

Zinc: This mineral is a friend of the thymus gland, which protects the immune system. You can find this mineral in oysters, pumpkin seeds, nuts, oatmeal, and legumes.

You can help reduce your exposure and side effects from radiation by choosing specific foods and nutrients. In addition, take steps to avoid radiation from the sources mentioned here as much as possible.

Centers for Disease Control and Prevention. Radiation from air travel.

Better for You Foods