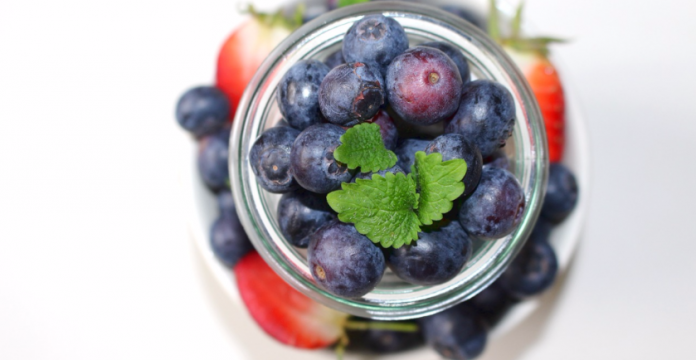 Much of the research concerning Alzheimer's disease involves the impact of food choices on triggering, preventing, and treating the disease. Researchers have identified inflammation and insulin resistance as key factors in this neurodegenerative disease, as they damage neurons and interfere with intercellular communication.

Read about natural ways to prevent, delay, or even reverse Alzheimer's disease

1. Reduce sugary and blood glucose-spiking foods. Foods high in sugar as well as processed, refined carbohydrates (e.g., white rice, white pasta, white flour) can result in sharp rises in blood sugar levels, which leads to inflammation in the brain. High blood sugar levels have been associated with a greater risk of dementia. Read labels carefully because many foods have hidden sugar, such as breakfast cereals (organic cereals with low sugar options), protein and energy bars, condiments, pasta sauces, and foods advertised as being low-fat or no-fat, which often have added sugar to make up for the reduction in fat. In fact, the link between blood sugar levels and Alzheimer's has led many experts to refer to the disease as type 3 diabetes.

3. Go a little nuts. Tree nuts (e.g., almonds, Brazil nuts, cashews, hazelnuts, pecans, pistachios, walnuts) have been shown to benefit cognitive function, largely because they are a healthful source of omega-3 fatty acids, which fight inflammation and help circulation, as well as a good source of B vitamins and vitamin E. Nuts have also been shown to reduce the risk of heart disease and cancer.

4. MIND your diet. The acronym MIND stands for Mediterranean-DASH Intervention for Neurodegenerative Delay, and it combines critical elements from the DASH diet and the Mediterranean diet, plus includes specific foods and nutrients that have been shown scientifically to benefit the brain. The MIND diet, which was developed by nutritional epidemiologist Martha Clare Morris, PhD, and her colleagues at Rush University Medical Center, was shown to reduce the risk of Alzheimer's disease by as much as 53 percent among individuals who followed the eating program rigorously, and by about 35 percent among those who followed it more moderately. MIND is easier to follow than the Mediterranean diet or the DASH diet, according to Morris, in part because of much less emphasis on fish consumption and a different focus on getting more fruits and vegetable.

Read about the supplements that cut Alzheimer's risk in half

5. Consume lots of fruits and vegetables. Green leafy vegetables and berries should be at the top of our list, as they have been shown to be helpful in promoting cognitive function. Blueberries are especially beneficial, as are strawberries. Green leafy veggies such as spinach, lettuce, Swiss chard, mustard greens, and other salad greens support brain function because they are rich in lutein, a potent antioxidant, as well as folate, vitamin K, and beta-carotene.

6. Avoid trans fats. These fats are associated with free radical production and inflammation, both of which can have a negative impact on brain function. Although trans fats are now listed on food nutrition panels and some foods are advertised as "trans-fat free," be sure to read the ingredients, especially on packaged foods because of a loophole that allows labels to state zero trans fat if there is less than 0.5 grams per serving. Avoid other items known to be havens for trans fat, such as fried foods, fast food, and margarine. Look for products like our partner Melt Organic that doesn't contain any trans fat.

7. Drink green tea. Enjoy two to four cups daily of green tea, hot or cold, to help boost memory and prevent Alzheimer's disease. Numerous studies have shown an improvement in cognitive function, a slowing of cognitive decline, and/or a decrease in oxidative stress associated with consuming green tea on a daily basis.

Read about preventing Alzheimer's with green tea and exercise

9. Spice it up with curcumin. Curcumin, the active ingredient in the spice turmeric, has been the topic of scores of studies exploring its role in fighting Alzheimer's disease. In a recent review from a team of Australian scientists, it was noted that curcumin can alter the beta-amyloid plaques characteristic of Alzheimer's and that the substance's antioxidant and anti-inflammatory properties have been shown to influence brain function and the development of dementia. Curcumin can be used to spice up vegetable and grain dishes, mixed into smoothies, stirred into soups, and sprinkled on salads.

Read more about the benefits of curcumin and turmeric

7 Things You Do Every Day That Increase Dementia Risk