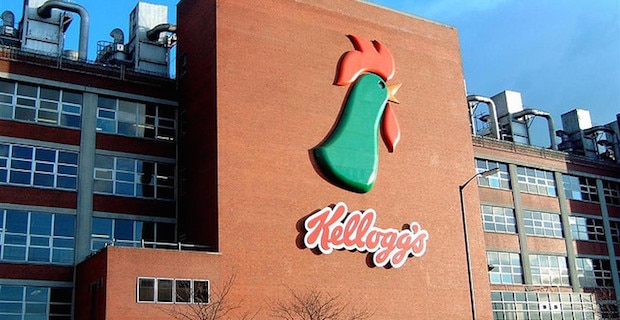 The Kellogg Company is under fire for claims that two of the company’s products are “Made with Real Fruit.” The products are Super Mario Fruit Snacks and Pop Tarts. Three class action lawsuits were brought against Kellogg's. The plaintiffs in each of the three cases allege that Kellogg's misleads consumers by labeling the products as being made with real fruit when it fact they contain little real fruit and far more unnatural ingredients including artificial flavors, colors and preservatives.

Alicia Spevak is the plaintiff in one case. She alleges that the claim that the snack is made with real fruit is misleading because the product “merely contains de minimis real fruit and unhealthy, unnatural ingredients, chemicals and preservative additives, in addition to merely containing apple puree rather than real fruit, which a reasonable consumer would not expect from a product claiming to be ‘Made with Real Fruit.’’’

Ryan Barnes is the plaintiff in another case. Barnes is challenging the claim on the label of the line of products “commonly known as ‘Fruit Snacks that are available in various flavors” that the products are “Made with Real Fruit” and “Made with Equal to 20% Fruit.” Barnes alleges that the fruit snacks “merely contains de minimis real fruit and unhealthy, unnatural ingredients, chemicals and preservative additives, in addition to merely containing apple puree rather than real fruit.”

Juliana Ford is the plaintiff in the third case. Ford is concerned about Kellogg’s Pop Tarts, and alleges that the label on the front of the packaging is misleading because it claims that the product is “‘baked with real fruit,’ when in fact, it merely contains de minimis real fruit and unhealthy, unnatural ingredients, chemicals and preservative additives.”

Read more about The Scary Seven

General Mills faced a similar lawsuit two years ago over claims that the labels on the company’s Fruit Roll-Ups, Fruit by the Foot, and Fruit Gushers were misleading. The complaint filed against General Mills alleged that the labels are misleading because they claim the products are “fruit flavored,” “naturally flavored,” a “good source of vitamin C,” and are low in fat, gluten and calories. The products are filled with artificial additives and coloring, and some contain corn syrup. All are loaded with added sugars. General Mills agreed in 2012 to improve the labeling for its Strawberry Flavored Fruit Roll-Ups, which did not contain strawberries. The company agreed that the labels will not contain an image of strawberries as long as the product does not contain strawberries, and to include the actual percentage of fruit as long as the label contains the claim “Made with Real Fruit.” The changes will take effect in 2014.