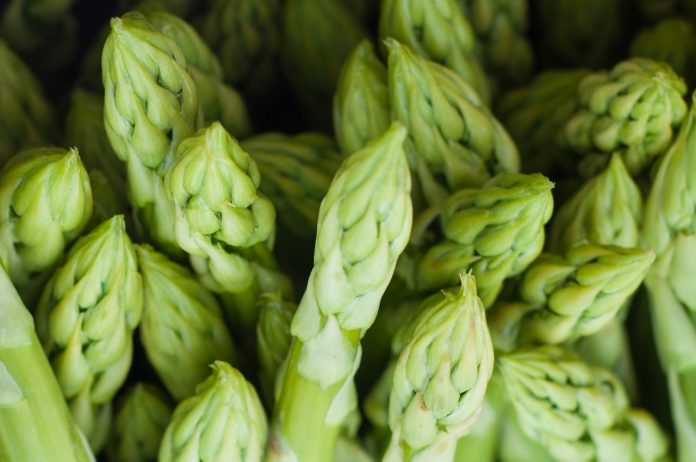 Fruits, vegetables, and nuts are gifts from nature that provide us with essential vitamins, minerals, phytonutrients, fiber, antioxidants, and water. But sometimes and for some people, they also have a weird effect you don’t expect. The next time you enjoy one of the following items, keep in mind they may be doing more than just fueling your mind and body!

Read about the 6 healthiest fruits and vegetables to eat today

Apple cider vinegar. Consuming apple cider vinegar can lower your blood sugar levels, which can be great news for anyone who has diabetes. According to Carol Johnston, PhD, who has studied the effects of apple cider vinegar for more than a decade, the vinegar prevents some of the starch in the diet from being digested and boosting your blood glucose levels. Some people swear that eating a pickle can produce the same effect, but the scientific literature doesn’t support that claim.

Asparagus. I’m not sure who first discovered this weird tidbit of information about asparagus or the circumstances surrounding the discovery, but here goes. Let’s say you go to a dinner party and everyone eats asparagus. Some of the party-goers will have a distinctive skunky or rotten egg smell to their urine and only some will be able to detect the odor. The sulfur-containing amino acids that emerge during digestion is the reason for the odor, and scientists believe there’s a genetic reason why only selected individuals can either produce or smell the odor. The next time you’re at a dinner party that is serving asparagus, you may or may not want to introduce this bit of trivia.

Beets. If you see red in the toilet bowl within a day or so of eating beets, don’t panic. You are likely among the 10 to 14 percent of the population that excretes betacyanins, which are the red pigments that give beets their color. (Note: pomegranates, tomatoes, and watermelon also may produce this effect.) Scientists report that red urine following beet consumption may be the result of malabsorption or an iron deficiency.

Blueberries. If you enjoy more than a few of these berries, you may notice that your poop is blue. Don’t worry! These delicious blue-purple globes are a rich source of flavonoids, which give them their beautiful color and antioxidant powers. Blueberries also are a super source of fiber.

Carrots. If you were to go on an excessive carrot-eating kick, your skin could take on a yellow hue caused by the carotenes in the veggie. This condition, known as carotenemia, can also be caused by prolonged and excessive ingestion of other foods rich in carotene, such as winter squash, and it’s even been known to be caused by eating commercial infant food like green beans.

Fruit smoothie. Okay, I cheated a little bit on this one, but taking that first sip of an ice-cold fruit or veggie smoothie (or ice cream, sherbet, or frozen yogurt as well) can send a shooting pain to your head. That pain is triggered by contact of the cold substance with a nerve cluster in the roof of your mouth, which then signals the brain to immediately change the blood flow in your brain. This phenomenon is known as sphenopalatine ganglioneuralgia, aka brain freeze. You can avoid brain freeze by taking those first few sips or bites of cold or frozen smoothies or other iced treat slowly.

Read about 8 ways to save money on fruits and vegetables

Grapefruit. If you are taking certain prescription medications, such as those to lower cholesterol or blood pressure or to treat erectile dysfunction, your doctor or pharmacist may warn you to avoid eating grapefruit or drinking grapefruit juice while on those drugs. That’s because grapefruit contains substances that interfere with the activity of enzymes that break down specific medications. This can lead to an accumulation of the drugs in the body and potentially dangerous side effects.

Onions. Why does cutting or chopping onions make people cry? A series of events occur once you cut into the veggie: that act releases lachrymatory-factor synthase, an enzyme that triggers production of a volatile sulfur gas, which gets into the eyes and causes them to burn, which in turn prompts the tear ducts to make tears. If you put the onion in the freezer for about 15 minutes before you cut it, you can prevent the tears.

Pine nuts. If you enjoy pine nuts, there’s a slight chance you may experience what’s known as pine mouth syndrome. Some consumers have reported they have a metallic or bitter taste in their mouth starting hours to days after eating pine nuts. The prolonged taste disturbance, known as dysgeusia, has lasted up to several weeks in some cases and then resolves on its own. Thus far, researchers have attributed the phenomenon with eating the pine nut species Pinus armandii.

Kwegyir-Afful EE et al. An investigational report into the causes of pine mouth events in US consumers. Food and Chemical Toxicology 2013 Oct; 60:181-87