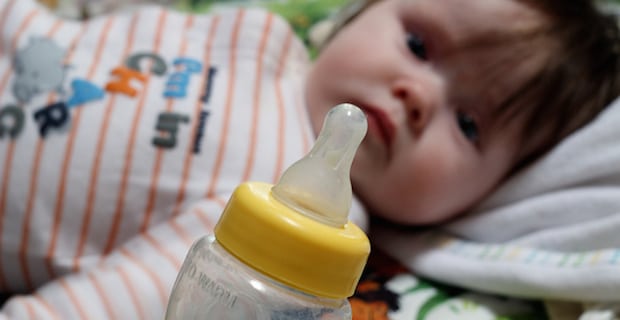 Ever since experts began telling us about the dangers of the plastics ingredient called BPA (bisphenol-A), numerous companies have changed their manufacturing process to eliminate the chemical toxin. Unfortunately, if you thought you had won the battle by turning to BPA-free plastic and BPA-free canned foods, guess what? Scientists have found that a chemical used to replace BPA, called BPS (bisphenol-S), could be just as dangerous.

Read more about controversial foods you are eating every day

BPA can leach into foods and beverages that are in plastic items, such as water bottles, baby products, and food storage containers, especially when they are exposed to heat (e.g., in a microwave). This hazardous chemical also has been used in infants’ plastic toys.

The danger of BPA lies in its ability to mimic estrogen and its potential to harm the brain and reproductive development in fetuses, infants, and children. Some studies have indicated it may increase the risk of cancer as well as the chances of developing asthma and respiratory tract infections during childhood.

Now, a new study indicates that BPS, which was chosen as a substitute for BPA because it seemed to be more resistant to leaching, is not safe either. According to a recent article in Scientific American, BPS can be found in the urine of nearly 81 percent of Americans and it can have an impact on the body’s cells similar to that of BPA. Some of the studies of BPS have revealed the following:

Read more about BPA and obesity in young girls

One major problem is no federal agencies conduct any toxicity testing on new materials before they are made available to consumers. When BPS was introduced as an alternative to BPA, it was assumed to be safer, but now researchers are finding this is not true.

In fact, according to Deborah Kurrasch, who was part of the team that conducted experiments on the zebra fish, there are many different kinds of bisphenols, so the public needs to make “sure [manufacturers] don’t just go from BPA to BPS to BPF or whatever the next one is.”

What can consumers do to avoid BPA and BPS?