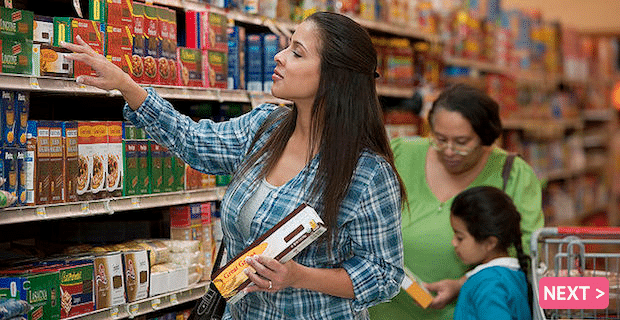 We are constantly getting mixed messages about food and what we should and should not eat. Sometimes the messages are mostly opinion and anecdotal; other times they are based on scientific studies. Still, other messages contain conflicting research results or questionable data. The end result is that we are faced with controversial foods, often ones we’re eating every day.

You may have your own list of controversial foods (if so, we would love to hear what they are in the comments), but the following five examples are those I believe are among the top contenders.

Let’s put aside for just a moment that the vast majority of soybeans grown in the United States and Canada are genetically modified; I discuss GMOs later. Soy and soy foods are highly controversial for several reasons, and one of the most contentious is the presence of isoflavones. Soy isoflavones are phytochemicals that have a mild estrogen-like effect. Some research has shown that isoflavones may contribute to breast cancer, for example, while other studies say the opposite appears to be true. One recent study in Food Science and Nutrition points out the factors involved in this controversy.

Soy isoflavones also have been implicated in thyroid problems; namely, they can stop the production of an enzyme called thyroid peroxidase, which helps in the manufacture of thyroid hormones. Generally, people who do not have hypothyroidism (low functioning thyroid gland) seem to be able to consume soy without triggering any thyroid problems.

Another controversial aspect of soy concerns unfermented vs fermented. Fermented soy products include tempeh, natto, soy sauce(not all are fermented so make sure to read the label carefully), miso, and kefir made from soy. A number of experts and research studies have indicated that fermented soy is a more healthful choice. One reason is that the fermentation process eliminates or nearly destroys many of the negatives of nonfermented soy (e.g., tofu, soymilk, soy isolate protein). For example, fermented soy does not contain harmful levels of phytic acid, which can hinder the absorption of nutrients. Fermentation also deactivates the actions of soy substances called trypsin inhibitors, which interfere with protein digestion. In addition to the fermented products mentioned above, our partner, San-J makes a naturally fermented Tamari sauce that's non-GMO and organic. I use it for cooking and when eating sushi.

Choosing to eat soy and soy foods is a personal choice. However, there is one aspect to this debate that is not up for discussion whatsoever for us at Naturally Savvy, and that's to make sure you choose non-GMO and/or organic soy whenever possible.

The marketing appeal of Splenda and other artificial sweeteners seems great, boasting sweetness without calories. People who want to lose weight and individuals with diabetes especially should rejoice, right? Um, no. Despite having an official GRAS (Generally Recognized as Safe) designation from the Food and Drug Administration, many experts have demonstrated that these artificial sweeteners can cause serious health problems in both animals and humans ranging from a variety of gastrointestinal problems to headaches, obesity, dizziness, convulsions, mood swings, muscle pain, breathing difficulties, and perhaps even cancer.

The Center for Science in the Public Interest has put acesulfame potassium (Sweet One), aspartame (NutraSweet), and saccharin (Sweet ‘N Low) on their “Avoid” list, but have sucralose (Splenda) in a “Caution” category (downgraded from “Safe” previously) and Neotame on its “Safe” list, although they acknowledge the sweetener needs more testing by independent researchers. In addition, Splenda has been linked to production of the toxin, dioxin.

The irony of the low calorie marketing by companies manufacturing artificial sweeteners, is that newer research shows they can lead to weight gain, rather than weight loss.

Are these artificial sweeteners making your life any sweeter? Or are they a real topic of concern for you and your family’s health? We discuss this in detail on page 20 of our book "Unjunk Your Junk Food." And if your looking to replace your current diet soda with a better option, try Birdie & Bill's from our partner Nature's Flavors. My favorite is cream soda!

If you know someone who consumes chemical sweeteners, please ask them to take our Scary Seven Artificial Sweetener Challenge. It will really open up their eyes as to why they should be avoiding artificial sweeteners.

Foods containing genetically modified organisms (GMOs), and GMOs in general, continue to be topics of intense controversy. Dupont and other similar companies as well as some agrobusinesses are lobbying hard for GMOs while a growing number of scientists and concerned consumers are speaking out about the known and potential dangers. Since GMOs are relatively new, the long-term impact of eating “Frankenfoods” and allowing the widespread distribution of GMO seeds into the environment are not completely understood.

However, researchers have already uncovered a number of health hazards associated with these modified organisms, and they clearly should be frightening enough to squash the controversy. Some of those dangers include allergic reactions and antibiotic resistance (especially in children), and, among the most recent research, how GMO corn and soy may damage vital organs.

Oftentimes when the truth about GMOs is revealed through research and/or media, the information is censored and experts are mocked. Such efforts to suppress critical information about this controversial health and environmental hazard are red flags for concerned consumers. At the end of the day, the biggest controversy surrounding GMOs is our right to know what is in our food. The fact that the US and Canada are the only industrialized countries in the world that don't have mandatory GMO labeling is absurd.

Canola oil is often touted as a healthful choice among vegetable oils. One reason is that it contains about 60 percent oleic acid, a monounsaturated fatty acid that is considered one of the healthy dietary fats. This omega-9 fatty acid can help lower total cholesterol and also promote the manufacture of antioxidants. These are great benefits.

However, the vast majority of conventional canola oil is not organic and comes from GMO crops. In addition, the flammable solvent hexane can lurk in canola oil as remnants of the extraction process. These factors have not stopped organizations such as the Canola Council of Canada to praise canola as “one of the world’s most important oilseed crops and the most profitable commodity for Canadian farmers.”

Canola oil is also controversial because of its environmental impact. According to the Ecologist, the World Wildlife Fund, the demand for vegetable oils such as canola is expected by rise by more than 50 percent by 2020. To meet this growing demand, “huge swathes of tropical rainforest in Indonesia and Malaysia…are being cleared for rapeseed (canola), palm oil, and soybean plantations.” However, some rapeseed growers practice sustainable, organic (and non-GMO!) agriculture (e.g., those in the Netherlands, and Columbia) and thus provide their resources to environmentally conscious canola oil producers.

This controversial oil is found in a wide range of common foods, including chips, breads, cereals, canned soups, crackers, and frozen foods. Unless you choose organic brands of these items, you will likely be consuming GMO canola oil. It's important to note that organic canola oil cannot involve the use of solvents or GMOs and has to be grown in a sustainable, environmentally friendly manner. Many organic brands, like our partner Melt Organic, use Rainforest Alliance Certified, and certified Eco-Social and Fair Trade palm oil. So when you are buying products that contain it, make sure to choose organic, cold pressed brands like Melt.

Canned foods are an excellent hiding place for BPA (bisphenol-A), a controversial chemical used not only in the lining of food cans and packaging but also in drinking cups, infant toys, and other items. However, because it is not a food additive, it does not need to appear on a product’s label. Therefore, BPA could be hiding in the canned food items on your pantry shelf at this very moment.

BPA can be found in most canned foods, including beer and soda. Although the chemical can leach into the contents of any food, those that are oil-based or highly acidic (e.g., canned tomatoes and citrus) are more likely to cause contamination. Despite growing evidence and concerns over the safety of BPA in packaged and canned foods, the Food and Drug Administration (FDA) reaffirmed its position in June 2014 “that BPA is safe at the current levels occurring in foods.” The agency insists that “available information continues to support the safety of BPA for the currently approved uses in food containers and packaging.”

BPA can disrupt hormone activity (i.e. cause harmful estrogen, called estradiol, to rise) and has been associated with a variety of health problems, including but not limited to fertility issues, immune system problems, obesity, behavioral problems in children, and even cancer. However, just looking for BPA-free packaging won't necessarily solve the problem. New research from the University of Calgary shows that BPS, a chemical used to replace BPA, is even worse and can cause brain damage in embryos of zebra fish at very low doses – so it is especially important for pregnant women to avoid it at all costs.

The best way to limit or even avoid exposure to both BPA and BPS is to look for foods in glass jars, replace plastic water bottles with reusable stainless steel or glass, swap plastic storage containers for glass ones, and avoid drinking or eating from cans. Better yet, choose fresh whenever possible!

If you are looking to detoxify your body, you can also take EstroSmart from Lorna Vanderheaghe Health Solutions. EstroSmart contains ingredients like rosemary extract, calcium D-glucarate and diindolylmethane (DIM), which help to protect and detoxify our bodies from substances like BPA and BPS. It also stops the conversion of good estrogens to bad estrogens.

At the end of the day, there is always going to be a pro and a con for every controversial food. The key is to listen to your body and do what feels right to you.

11 Reasons You Feel Cold All The Time

4 Reasons You Need A Himalayan Salt Lamp In Your Home