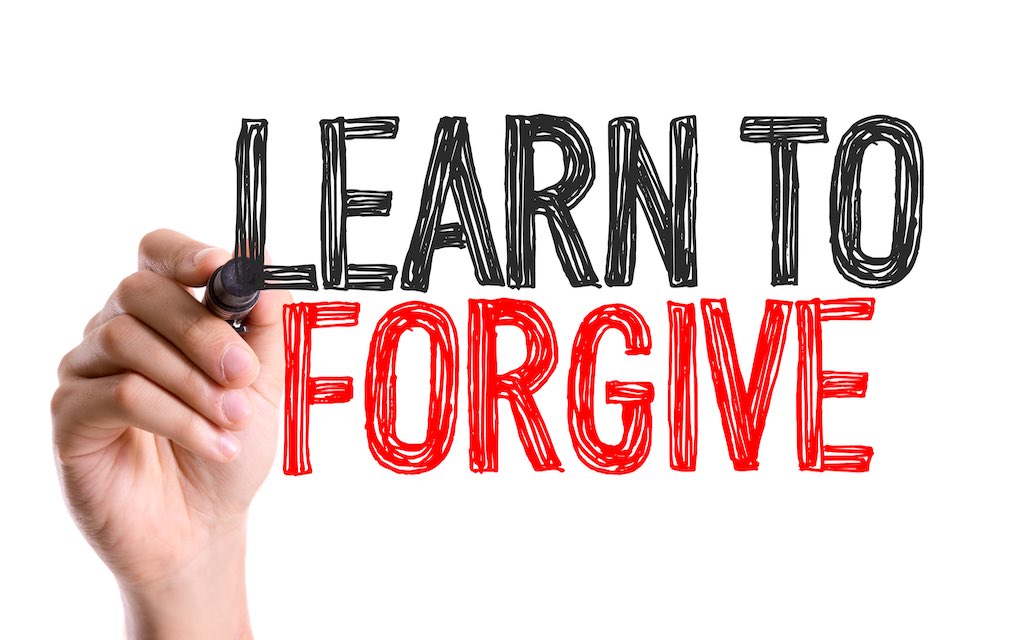 "I forgive you." These three words rival the other big three when it comes to importance and impact on the speaker, the receiver, and even those who are observers of the interaction of forgiveness. True forgiveness, like true love, cannot be faked or forced. Forgiveness is something you know in your gut. It is a state of being you arrive at after going through other phases; in other words, it doesn't happen overnight.

Forgiveness is not simply about letting something go and moving on. You need to experience and let go of the anger, fear, doubt, betrayal, and desire for revenge. You also need to be ready to move on. In addition, as noted by Bob Enright, Ph.D., a psychologist at the University of Wisconsin, Madison, who has studied forgiveness for decades, true forgiveness includes empathy and compassion toward the injuring individual before you can forgive completely.

Clearly, the act of forgiveness doesn't happen overnight. For some people, this range of emotions takes weeks. For others, the process is much longer. The important part is that forgiveness and a feeling of contentment is at the end of the journey.

Read about 5 ways to attract more love in your life

Forgiveness means that you accept what happened rather than thinking about what "coulda, shoulda, woulda, didn't" happen. In other words, you let go of the event or circumstance, realizing that holding onto the resentment, anger and desire for revenge does not serve you at all. Forgiveness means being present in the moment and relishing the freedom it gives you.

Freedom is another word often associated with forgiveness. Oprah Winfrey said that "Forgiveness is giving up the hope that the past could be any different." When you give up that hope, you are untethered; you are free from the bonds of wishing and waiting for something that cannot be and free to move forward where you can blossom and grow.

What happens before you can forgive

Opportunities to practice forgiveness come up when we are presented with a situation that causes us to feel someone has done you or someone whom you care about wrong. Perhaps a guy cut you off in traffic. Maybe a co-worker took credit for a program you developed. Your spouse or partner may have been flirting with someone else. A friend stood you up for a date or meeting. A loved one was robbed or injured with malice.

The most natural emotion to come up in such situations is anger and sometimes a desire to get even—revenge. Even though anger is not a healthy emotion to experience, it can be expressed and funneled into positive actions and thoughts rather than negative ones. Behaving in a sane, calm, and mature manner when you've been wronged doesn't mean you are weak. In fact, it demonstrates you have the maturity and ability to put aside destructive thoughts and actions and strive to make a peaceful arrangement.

Read about all you need is love

The most challenging part of banishing revenge from your plans is watching someone get away with something and not being able to take actions against it. That's when you need to deny the person who annoyed or harmed you the power to make you feel unhappy or angry. You are the boss of you, the other person is not! Do not allow someone else to take away your peace of mind. I know this sounds easier said than done, but the key is "practicing" forgiveness so that eventually all your practice can be put into action and you can finally forgive when you are ready.

The science of forgiveness

Research has shown that some people think that practicing forgiveness is an act of weakness. Some even go so far as to make excuses for the offending individual. The fact is, staying angry is easier than working through your feelings and learning to forgive. Forgiveness takes moral and emotional strength. However, anger and resentment take a toll on your physical, emotional, and mental health as well as your relationships with family, friends, partners, and children.

One of the earliest examples of the science of forgiveness comes from Dr. Frederic Luskin, co-founder of the Stanford Forgiveness Project at Stanford University. Luskin as well as some of his colleagues found that the act of forgiving someone can raise your optimism and mood, while not forgiving and holding resentment is correlated with anxiety, hostility, depression, and major psychiatric disorders, as well as physical health problems.

Luskin reports that "When you don't forgive you release all the chemicals of the stress response," which include adrenaline, cortisol, and norepinephrine. That means every time you recall the distressing situation, you release these damaging chemicals. If, however, you forgive someone, you don't experience this spike in hormones.

A number of experts have focused their research on the science of forgiveness and come up with programs designed to tackle this emotional dilemma. In a 2015 book entitled "Forgiveness and Health," the physical and psychological benefits of granting forgiveness are discussed. Two of the authors, Loren Toussaint, PhD, professor of psychology at Luther College in Iowa, and Everett Worthington, PhD, explain that because chronic stress is damaging to our health, "Forgiveness allows you to let go of the chronic interpersonal stressors that cause us the undue burden."

The healthy route for body, mind, and spirit seems to be forgiveness. Information on steps you can take to achieve true forgiveness may be found here.

For more articles on emotional health, subscribe to our newsletter:

Beneath the Surface: A Closer Look at Depression and Suicide in Teens and Adults

Perfectly Hidden Depression: When You Look Fine But Are Falling Apart on the Inside

Weighted Blankets and Other Items For Sleep and Health

How Do Hormones Affect My Teen's Brain?